CHINA China steps up defense of rights amid trade tensions

China steps up defense of rights amid trade tensions 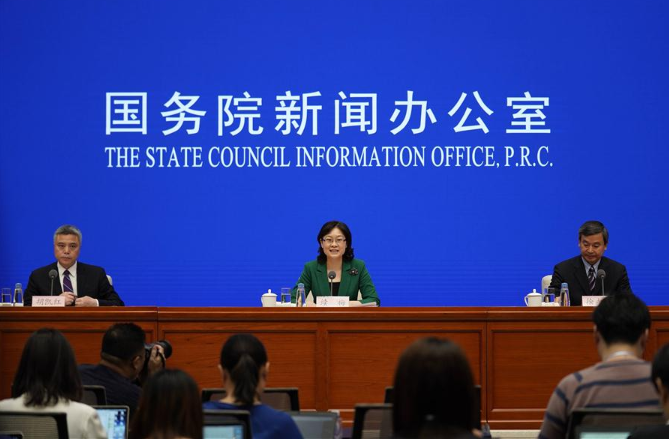 BEIJING (Xinhua) -- China's Ministry of Education on Monday warned students and scholars of the risks of going to study in the United States citing US visa restrictions, urging them to step up risk assessment and make corresponding preparations.

"These actions have hurt the dignity of Chinese students in the United States, and also seriously hurt the feelings of the Chinese people," said Xu Yongji, an official with the ministry.

The previous week has witnessed China take prompt actions defending its rights and interests. The new mechanism of unreliable entities list to protect Chinese national and corporate interests was unveiled, additional tariffs on a list of imported U.S. products went into effect, and FedEx landed in the crosshairs of an official investigation.

FedEx has recently failed to deliver express packages to designated addresses in China, violating laws and regulations governing the express industry in China.

"International delivery firms operating in China are required to comply with Chinese laws and regulations and not to harm the legitimate rights and interests of Chinese clients," Ma Junsheng, head of the State Post Bureau, told Xinhua.

On Friday, the Chinese government decided to establish a list of unreliable entities to safeguard national security, public interests, and the legitimate rights and interests of Chinese enterprises.

The United States has imposed discriminatory measures such as blocking and cutting supplies of Chinese firms in the name of national security, on top of backpedalling and extreme-pressure tactics that derailed biliteral talks.

The decision to establish the list is made in line with international practice with the aim to safeguard the fair and reasonable international economic and trade order, and the rule-based multilateral trading system, said Wang Hejun, director of the treaty and law department with the Ministry of Commerce.

"If the United States attempts to force China into making concessions through extreme pressure and escalation of trade friction, it will never succeed," Vice Commerce Minister Wang Shouwen said Sunday at a news conference regarding a white paper titled "China's Position on the China-U.S. Economic and Trade Consultations."

China will not bow under pressure and will rise to any challenge coming its way, according to the white paper.

"Whatever the future might bring, China is confident of meeting challenges head on, turning risks into opportunities, and opening new chapters," the document read.

China will soon grant 5G licenses for commercial use, the Ministry of Industry and Information Technology (MIIT) said Monday.

The country's 5G industry has built a competitive edge by combining independent innovation and open cooperation, the MIIT said, adding that 5G standards were unified international standards jointly established by global industry players and China now owns more than 30 percent of the standard essential patents for the technology.

China, as always, welcomes enterprises at home and abroad to actively participate in the building, application and promotion of its 5G network and share the sector's development dividends, the MIIT said.