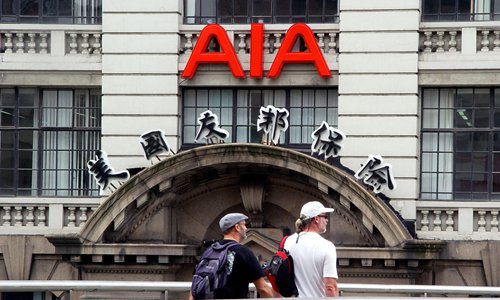 Regulatory reforms and risk controls will be the highlight of China's efforts to open up its financial services market as the country allows foreign capital access to more sectors including the bond market, insurance, asset management and pension funds, industry insiders said on Sunday.

According to a statement from the State Council Financial Stability and Development Commission published by the central bank on Saturday, China will further open up its financial markets with 11 measures, and scrap foreign shareholding limitations in securities, asset management and futures firms in 2020, a year ahead of schedule.

Of the 11 measures, four are related to the insurance sector, three cover the bond sector, and two are linked to wealth management. Two are connected with securities business.

The China Securities Regulatory Commission said it is working quickly to roll out auxiliary measures to fully implement the new policies. It will also boost its regulatory oversight to effectively stem risks and ensure orderly opening up.

Analysts said the moves show China's commitment to globalization and opening-up to foreign companies in the financial sector. But they also pointed out that regulatory reforms will be needed to make sure "guests come in" after the "door is opened up."

They also called for more regulatory oversight with the potential increase in foreign participation in the financial services sector, whose stability is of utmost importance to China.

Jerry Zhang, executive vice chairman and CEO of Standard Chartered China, said in a statement sent to the Global Times on Sunday that the bank welcomes the promulgation of China's opening-up measures in the financial services sector.

He called it an "immense encouragement" and a very positive and important piece of information for global financial institutions and institutional investors.

The bank said it will focus on areas that lie between China's economic future and the bank's specialties, such as serving the Belt and Road Initiative intercontinental connectivity program, the Chinese bond market, and the development of China's southern Greater Bay Area.

Luo Yuding, Shanghai-based financial and equity market expert, said it remains to be seen how foreign equity firms, asset management firms and insurance companies will do under the current norm of China's financial markets.

"These global financial companies need a more convenient way to get capital in and out of the country. Thus a more open capital account will be needed before these institutions significantly raise their presence in China," Luo told the Global Times on Sunday.

The opening-up would be positive as the richer mix of financial products offered by foreign financial institutions will give more options to Chinese consumers, Luo said.

"However, many of these products don't have corresponding regulations yet in China, so more detailed reforms and follow-up measures will be needed," noted Luo.

A financial industry insider who only gave his surname as Liu told the Global Times on Sunday that the opening-up measures announced over the weekend encompass a wide range of sectors and will allow domestic financial markets to be better connected with international markets, pump up market supply with the participation of foreign financial institutions and boost benign competition.

These measures will improve the resilience and vitality of the Chinese financial industry, said Liu, who works in IPOs, financing and merger and acquisition deals.

"However, there will be challenges as a larger presence of foreign financial institutions could also mean an increase in financial volatility risks. This requires more diligent, effective regulatory oversight," said Liu.

Many of the sectors already have an ample foreign presence, such as banking and insurance.

"So overall, there are no big hurdles to implement the central government opening-up polices by 2020, although there are  smaller hurdles," Luo said.