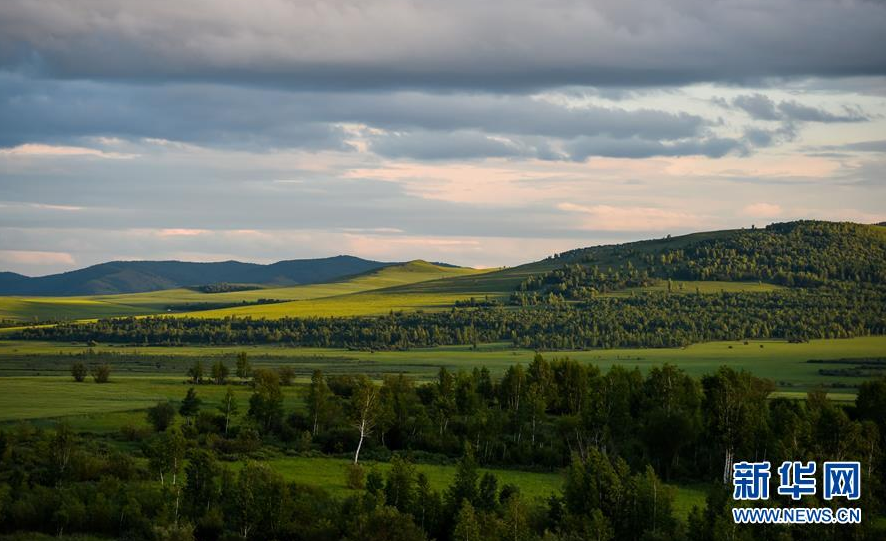 In the forest and grass belt in the northern part of the Hulun Buir grassland, the grassland and the forest are interlaced on July 11, 2018. (Photo: Xinhua)

The National Forestry and Grassland Administration (NFGA) cracked down on violations such as illegal logging in 2018 as a special campaign code-named "Hurricane No.1" was launched and fines totaling 1.68 billion yuan (around 250 million U.S. dollars) were imposed in 183,000 forests-related cases.

About 207,000 cubic meters of timber and 175,000 wild animals were confiscated in those cases, and 15,000 hectares of forests and 863.4 hectares of national reserves were recovered.

The hard action came as the country attached greater significance to environmental protection. China planted 7.07 million hectares of new forest in 2018 and plans to increase forest coverage by 6.73 million hectares this year.

In 2018, China launched the first public forest monitoring, the ninth national check of forest resources, and the first carbon sink calculation to improve the management of forests and grassland resources.