BEIJING, Aug. 16 (Xinhua) -- China will launch a new round of construction and rebuilding of rural roads, expand investment in rural construction and create more jobs for the rural population, amid efforts to consolidate poverty alleviation achievements and accelerate rural revitalization. 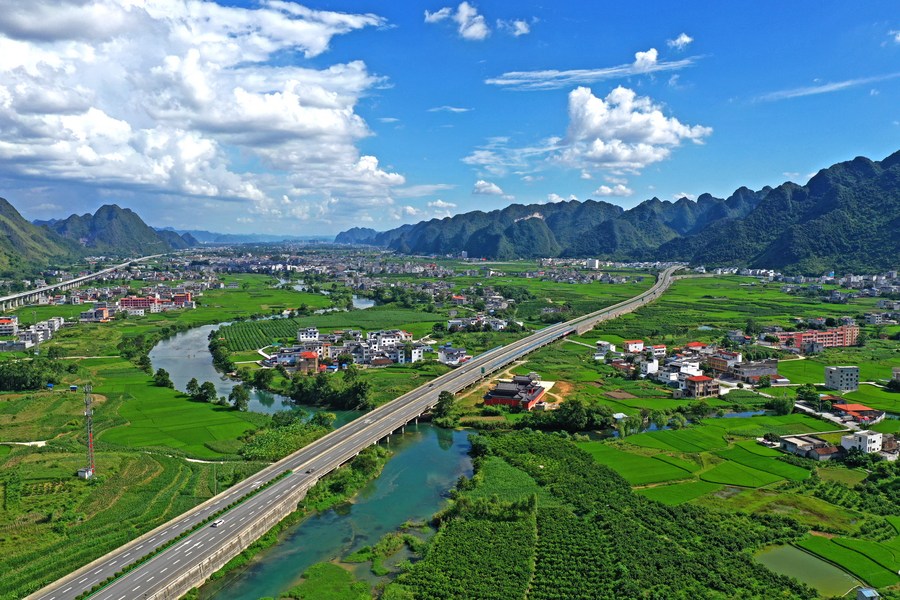 By 2025, a rural road network that is more convenient, efficient and inclusive will be built, with improvements made in road safety and transport services, according to a circular jointly issued by the Ministry of Transport and five other government bodies on Monday.

On top of the previously announced targets, China will step up policy support and complete the reconstruction of an extra 30,000 km of rural roads and rebuild another 3,000 unsafe road bridges in rural areas this year.

The country aims to bring the total investment in rural construction to around 100 billion yuan (about 14.76 billion U.S. dollars), creating some 2 million local jobs for rural residents, according to the plan.

Work relief schemes will be promoted to involve more rural populations, especially people with low incomes, in the construction and maintenance of rural construction projects, in order to create more job opportunities for rural residents and increase their incomes.