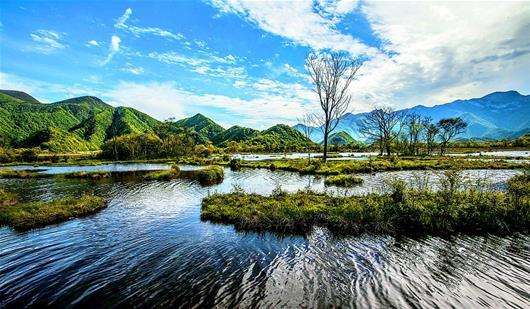 China will strengthen protection of wetlands along the Yangtze River economic belt to address pollution and reclamation challenges, said a senior forestry official on Saturday.

The State Forestry Administration will give more support in wetland restoration and construction of national wetland parks to provinces along the belt, said Wang Zhigao, head of the wetland protection and management center under the administration at an ecological forum in Wuhan, capital of Hubei Province.

China has about 53.6 million hectares of wetlands, or 4 percent of the world's total. The area of wetlands along the Yangtze accounts for one fifth of the country's total.

However, shrinking and degradation of wetlands pose a threat to the environment.

Since 2011, the central government has accumulatively invested more than 9 billion yuan (1.4 billion U.S. dollars) in wetland restoration and protection projects.

As a result, the country saw an increase of two million hectares of protected wetlands and 160,000 hectares of restored wetlands.