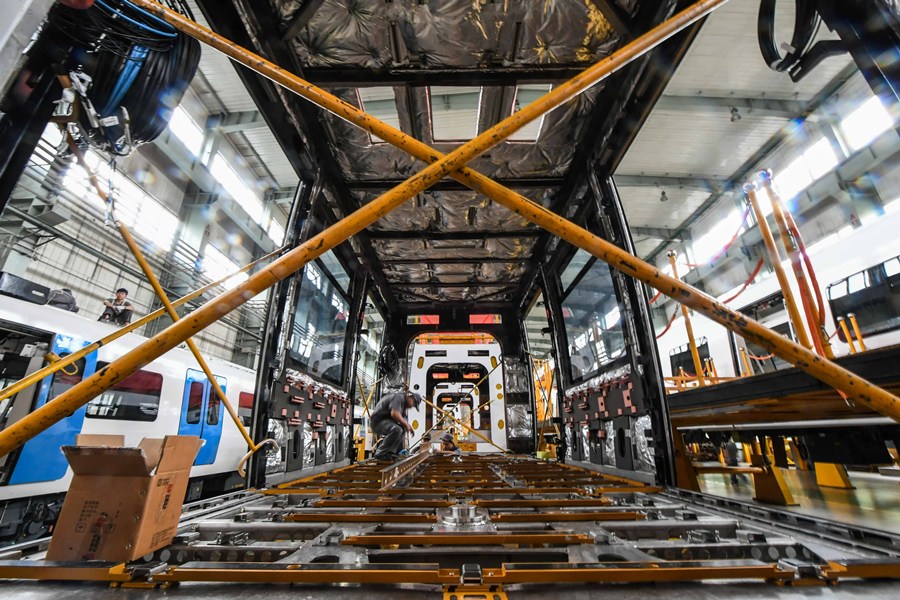 BEIJING, Sept. 27 (Xinhua) -- China will take steps to implement the three-year action plan on reforming the country's state-owned enterprises (SOEs), according to a conference here on Sunday.

The SOEs should become market entities with core competitiveness and push forward the mixed-ownership reform in an active yet prudent manner, said the national teleconference on the implementation of the action plan.

Vice Premier Liu He, also a member of the Political Bureau of the Communist Party of China Central Committee and head of the State Council leading group for SOE reform, attended and addressed the conference, which is presided over by State Councilor Wang Yong, deputy head of the group.

The conference urged the SOEs to play a larger role in leading innovation efforts as well as actions to improve the industrial and supply chains.

Meanwhile, the SOEs shall act as a safeguard in terms of maintaining social development and improving people's livelihoods, according to the conference.

The conference called on relevant departments to take responsibility for implementing the action plan and local authorities to seek innovative ways for the implementation.