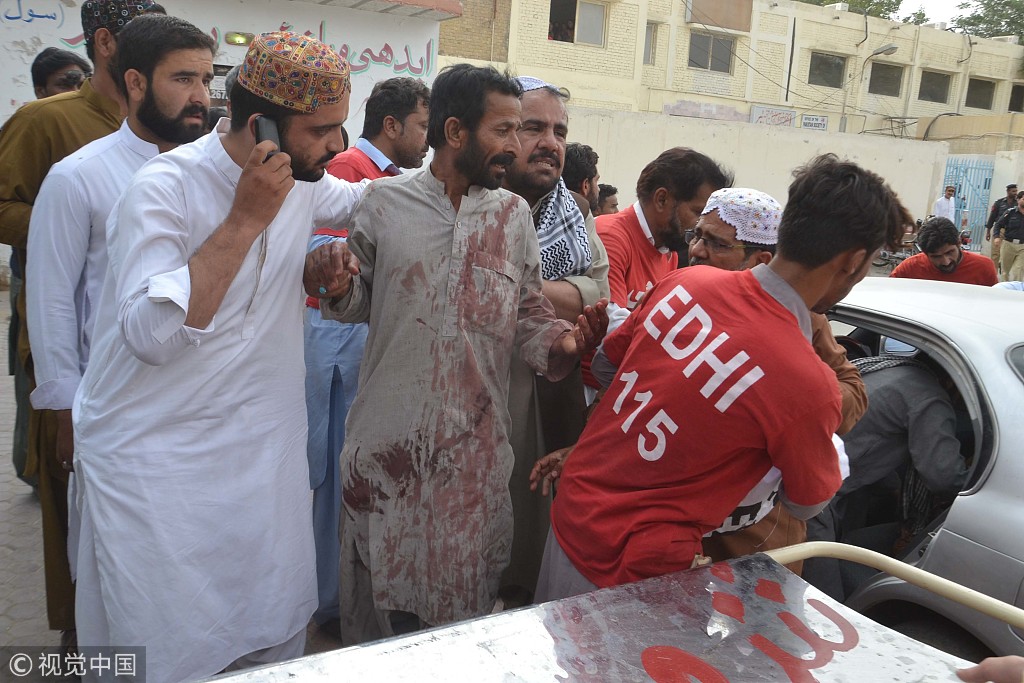 The Chinese side was deeply shocked by the suicide blast that happened on July 13 at a political rally in Pakistan's Balochistan province, said Hua Chunying.

"We strongly condemn this terrorist attack and extend our deep condolences to the victims and sympathies to the injured and bereaved families," Hua said, adding that China firmly supports the unremitting efforts made by the Pakistani government and people to combat terrorism and safeguard national stability and people's safety.

At least 128 people were killed and over 200 others injured as a suicide bomber hit a campaign convoy in Pakistan's southwest district of Mastung in Balochistan province. The ISIL claimed the attack, which targeted a campaign rally that more than 1000 people attended.