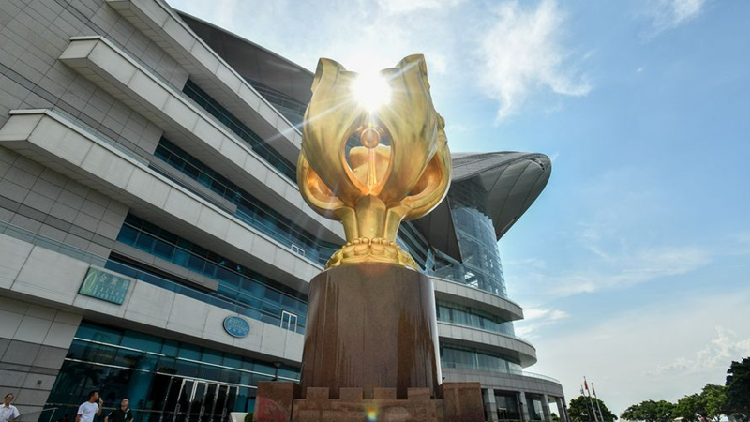 China's embassy in Britain has strongly condemned UK Home Secretary Priti Patel's meeting with individuals from Hong Kong, including Nathan Law, and urged the UK side to immediately right its wrongs and take measures to address the negative impact.

According to media reports, Patel said in Thursday's meeting that the United Kingdom would "stand by the people of Hong Kong" and "keep our promise to protect and uphold their freedoms."

As the founding chairman of Demosisto, an organization that seeks "Hong Kong independence," Law is wanted by the Hong Kong police on suspicion of secession and collusion with foreign or external forces to endanger national security.

"The UK Home Secretary's brazen move of meeting with someone who is wanted by the police in China and lending support to 'Hong Kong independence' elements constitutes grave interference in China's internal affairs and judicial sovereignty, severe breach of international law and the basic norms governing international relations and complete violation of the UK's position of not supporting 'Hong Kong independence'," said an embassy spokesperson in a statement published Friday.

"Despite Hong Kong being a special administrative region of China for 23 years, the UK side still seems unable to come to terms with this fact, vowing to 'protect' and 'safeguard' the freedoms of Hong Kong people which it never gave during its colonial rule, and even insisting on breaking its word and making changes to BNO arrangement. This reflects a typical, colonial mentality!"

The spokesperson reiterated that "Hong Kong is part of China. Hong Kong affairs are purely China's internal affairs and (China will) brook no interference by any foreign country in any form."

The spokesperson said the UK side should wake up and refrain from going any further down the wrong path, and immediately stop all forms of interference in Hong Kong affairs, which are China's internal affairs, adding that such interference will only be self-defeating.