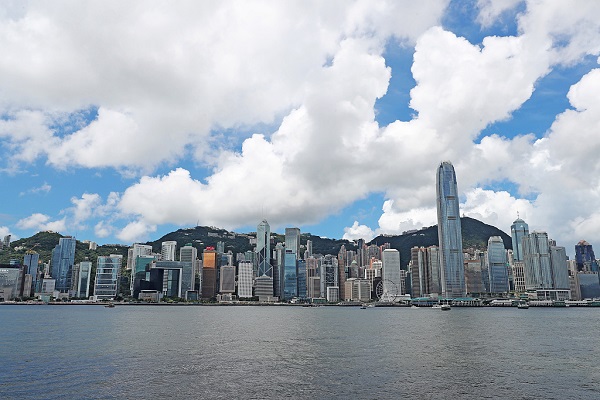 Since the return of Hong Kong to the motherland in 1997, policies including "one country, two systems," "Hong Kong people governing Hong Kong" and a high degree of autonomy have been earnestly carried out, and Hong Kong residents' rights and freedom have been fully guaranteed, Geng said.

But in the past three months, the situation in Hong Kong, initially from the fallout over revisions to the Fugitive Offenders Ordinance, has gone completely awry as radical forces and violent activists wantonly disturbed public order, destroyed public facilities and assaulted and injured police officers with the support and indulgence of external forces and the anti-China disruptors in Hong Kong.

"All these acts went far beyond normal peaceful demonstrations and assemblies, trampled on social morality, violated the baseline of the rule of law and challenged the bottom line of the 'one country, two systems' principle," said Geng in the statement.

He said it has become a broad consensus for all walks of life in Hong Kong to stop the violence and restore order.

Geng said it is in line with the interests of all parties including the United States that Hong Kong maintains prosperity and stability as there are more than 80,000 U.S. citizens living in Hong Kong together with over 1,300 U.S. companies and considerable U.S. investment.

"The approval of the act by U.S. congressional committees can only embolden radicals and violent activists to further destabilize Hong Kong, which will jeopardize the interests of both China and the United States," Geng said.

He warned that no one should underestimate China's determination to safeguard its national sovereignty, safety and development interests, implement the "one country, two systems" policy and safeguard Hong Kong's prosperity and stability.

"Any U.S. move that undermines China's interests will be met with our vigorous response," Geng said.