China's Foreign Ministry on Wednesday expressed strong indignation and firm opposition after the US House of Representatives passed on Tuesday the so-called Uyghur Human Rights Policy Act of 2019. 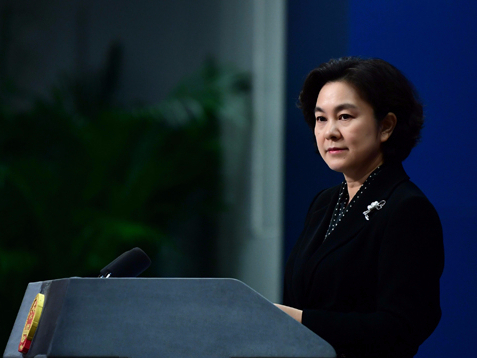 Xinjiang related issues are not human rights, ethnicity or religion violations at all, but anti-violence, terrorism and anti-separatism countermeasures. Xinjiang was once a victim of extremism, violence and terrorism. In the face of the grim situation, the government of the Xinjiang autonomous region has cracked down on violent and terrorist activities in accordance with the law.

Hua said Xinjiang affairs is purely China's internal affairs and should not see any foreign interference. The US side deliberately smears China's anti-terrorism and de-radicalization measures, which will only further expose its double standard on anti-terrorism.

“The determination of the Chinese government and people to safeguard national sovereignty, security and development interests is unwavering. It is absolutely impossible for the US to use Xinjiang related issues to sow discord among the Chinese ethnic groups, undermine the prosperity and stability of Xinjiang and curb China's growth,” Hua added.