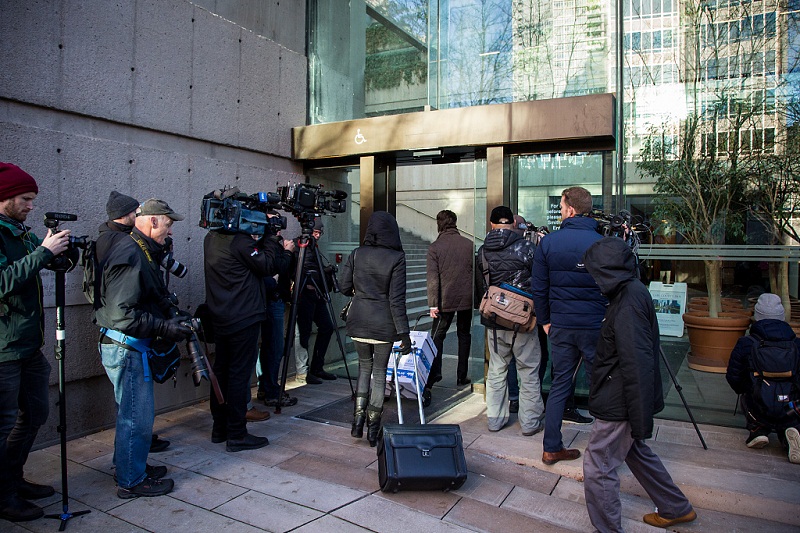 Media and public wait at the the British Columbia Supreme Court to cover the trial of Meng Wanzhou, the chief financial officer of Huawei Technologies on December 7, 2018 in Vancouver BC. (Photos: VCG)

Le said it is a severe violation of Chinese citizen's legitimate rights and interests to detain a Chinese citizen, who was transferring flights in Vancouver, Canada, at the request of the United States.

"Such a move ignores the law and is unreasonable, unconscionable, and vile in nature," said Le in the statement.

China strongly urges the Canadian side to immediately release the detained Huawei executive and effectively protect her legitimate rights and interests, or face grave consequences that the Canadian side should be held accountable for, Le said.