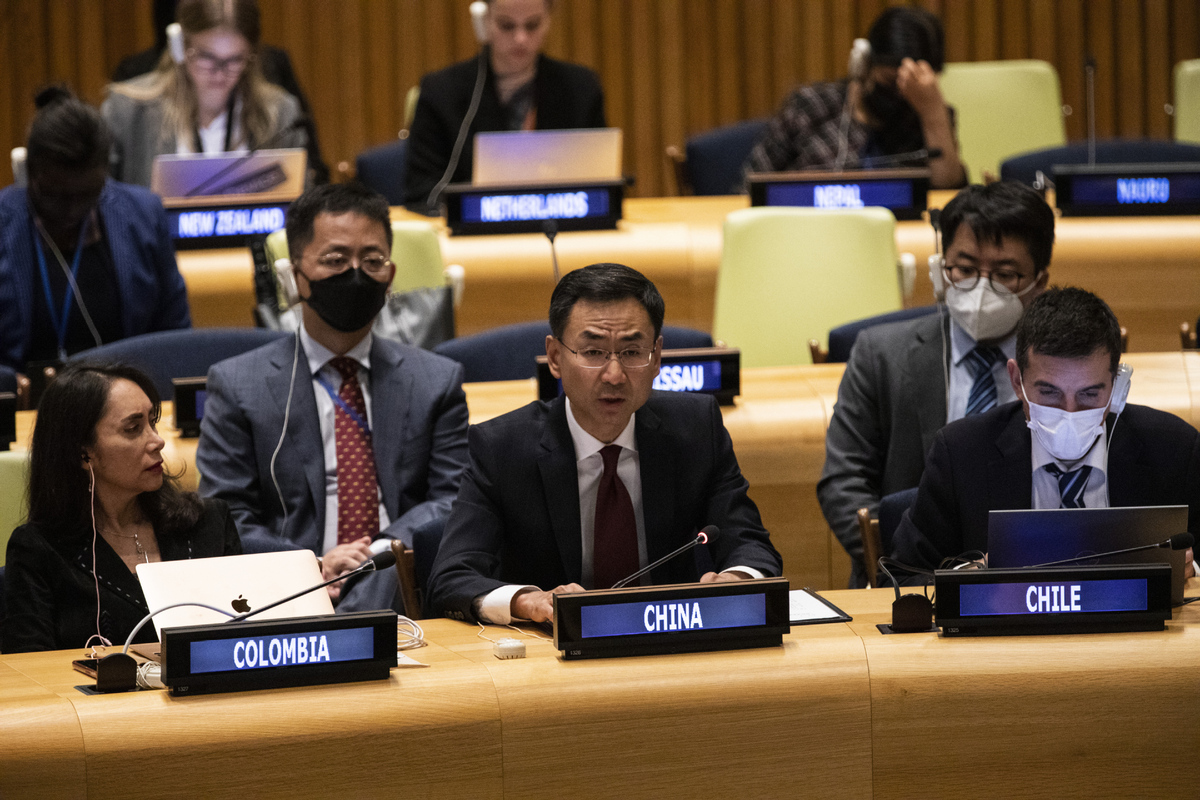 UNITED NATIONS - China supports sanctions against Haitian gang members and their supporters but is wary over the deployment of an international armed force in the country, said a Chinese envoy on Monday.

"Rooting out the scourge of gang violence is both an entry point for any improvement in the current situation and a prerequisite for a solution in the country," said Geng Shuang, China's deputy permanent representative to the United Nations, noting that China will support targeted sanctions, including a travel ban, assets freezes and arms embargo on gang members and their supporters.

"We hope that these measures will be robust and effective and that they will make a true difference in deterring gang violence, cracking down on violent crimes, and cutting off the supply of funding and the weapons to criminal gangs," he told the Security Council.

The recent proposal by UN Secretary-General Antonio Guterres on supporting Haiti's improvement of its security situation should be studied carefully. China will have an in-depth exchange of views with others, said Geng.

"At a time when the Haitian government lacks legitimacy and is unable to govern, will sending such a rapid-action force to Haiti receive the understanding, support and cooperation from the parties in Haiti, or will it face resistance or even trigger a violent confrontation from the population? These are the things we need to consider in an integrated manner and treat with caution," noted Geng.

The United Nations' practice in Haiti over the past 30 years has proved that rapid solutions inserted from the outside will only produce temporary results with no long-lasting effect. The key to resolving the Haitian issue is in the hands of the Haitian people themselves. The international community should proceed from a long-term view by supporting Haitian people in searching for a comprehensive, homegrown solution based on their own unique situation, said Geng.