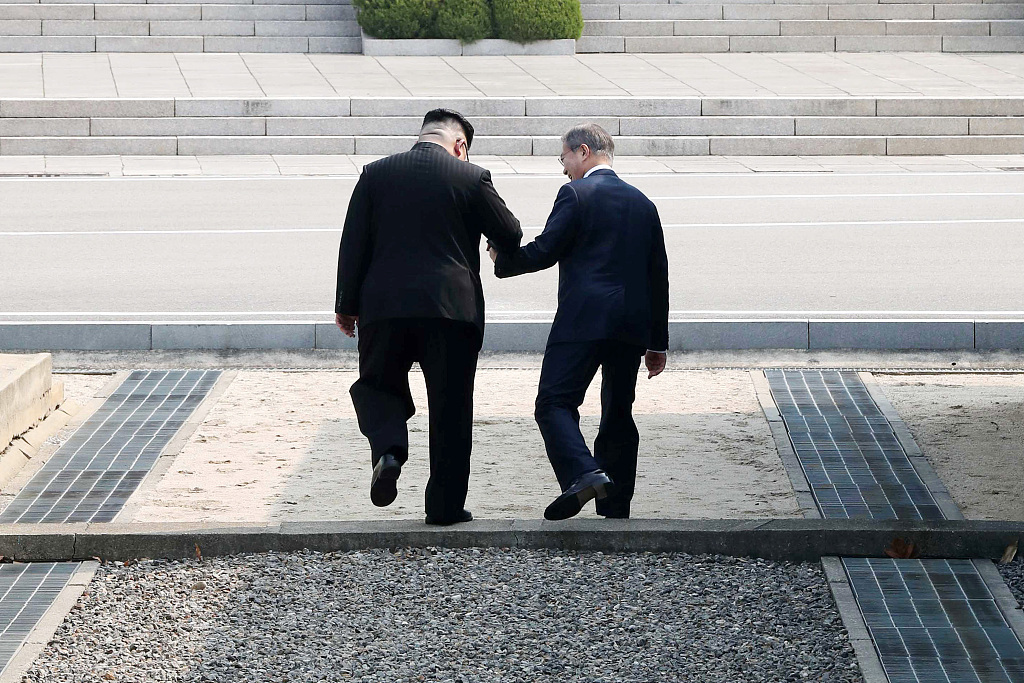 Kim Jong-un, North Korea's leader, left, and Moon Jae-in, South Korea's president, hold hands as they cross the Military Demarcation Line (MDL) to the Northern side of the border at the village of Panmunjom in the Demilitarized Zone (DMZ) in Paju, South Korea, on Friday, April 27, 2018. (File photo: VCG)

The South Korean Ministry of Defense decided to delete a phrase from 2018 Defense White Paper, scheduled to be issued in January next year, which states “the North Korean regime and military are our enemies.”

“With the joint efforts of the DPRK and the ROK, the North and South sides of the Peninsula have actively implemented the spirit of the Leaders meeting consensus, the Panmunjom Declaration and the Pyongyang Joint Declaration, promoted reconciliation and cooperation, and made a series steps with positive progress,” said Hua Chunying, the Ministry of Foreign Affairs spokesperson, at a routine press briefing on Wednesday. 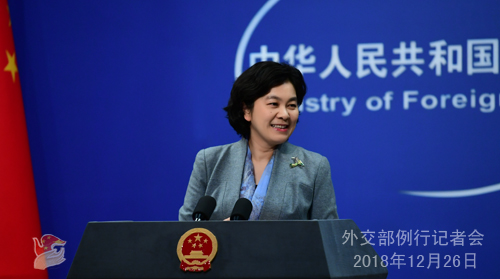 “I have noticed that just now, a groundbreaking ceremony to modernize and eventually connect railways and roads across the inter-Korean border was successfully held, which is good news for both sides and has positive significance for the peace process on the peninsula. China supports the continued good momentum of interactions on the Korean Peninsula, and the continued demonstration of goodwill to each other, consolidation of mutual trust and striving for better ties. It is believed that this will be conducive to the continued advancement of the political settlement process of the Peninsula issue and in line with the common interests of both sides and regional countries,” Hua said.