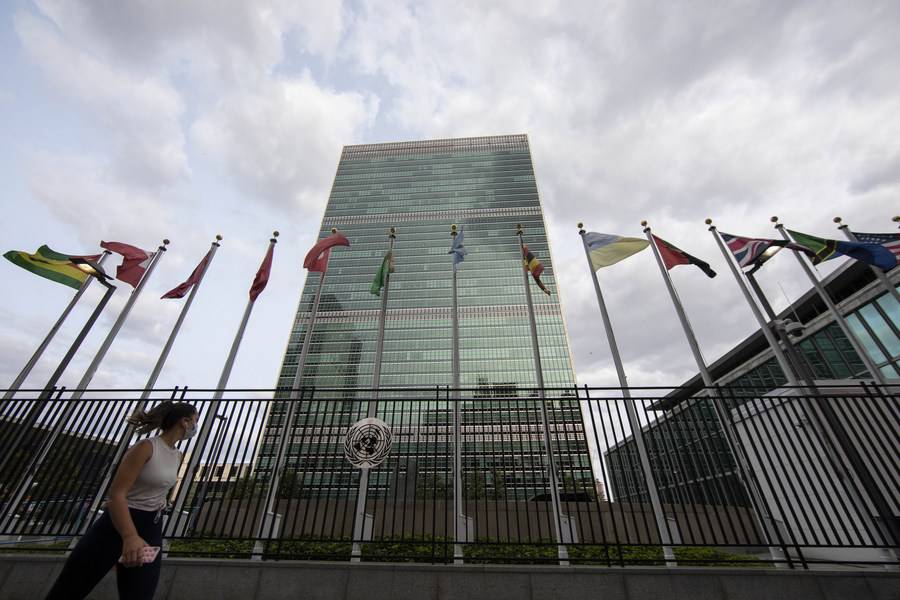 BEIJING, Sept. 28 (Xinhua) -- China supports the important role of the United Nations in the global fight against COVID-19 and stands ready to enhance communication and coordination with the UN system, Chinese State Councilor and Foreign Minister Wang Yi said on Monday.

Wang made the remarks in a phone conversation with Volkan Bozkir, president of the 75th session of the UN General Assembly (UNGA).

He congratulated Bozkir on assuming presidency of the 75th session of the UNGA, saying that as the year 2020 marks the 75th anniversary of the UN's founding, this year's UNGA session carries special significance.

Chinese President Xi Jinping attended high-level meetings of the UN via videoconference earlier and delivered important speeches, Wang said, noting that in his remarks, the Chinese president advocated multilateralism, safeguarded the UN's core position, called for strengthening and improving global governance to build a community with a shared future for mankind, and offered China's solutions to various traditional and nontraditional challenges.

Facing the new impact of the COVID-19 pandemic, all countries should stand in greater solidarity to form a global anti-epidemic force, the Chinese foreign minister said.

China supports the UN in playing an important role to achieve this goal and is willing to strengthen communication and coordination with the UN system, jointly oppose any actions that politicize the pandemic and label the virus and stick to the right direction of international anti-COVID-19 cooperation, Wang said.

China appreciates the fact that Bozkir prioritizes the UN 2030 Agenda for Sustainable Development as this meets the common desire of the vast majority of countries, in particular the developing countries, Wang said.

Poverty reduction and alleviation are the most important goals of the UN 2030 Agenda for Sustainable Development, Wang said, hoping that sustainable development will be given a bigger priority on the occasion of the 75th anniversary of the UN's founding.

Now the world has entered the era of connectivity, Wang said, unilateralism, protectionism and isolationism have no way out in the global village and cannot last either.

A big country does not mean more power, but more responsibility, he said.

Bozkir said that, as the current chair of the UNGA, he will focus on pushing forward the UN 2030 Agenda for Sustainable Development towards its goals, be dedicated to eliminating poverty and helping countries in need, especially small and medium-sized countries.

Strengthening and safeguarding multilateralism is a priority of the UNGA, and China is an advocate and important cooperation partner of multilateralism, Bozkir said, adding that he is expecting to strengthen coordination with China in this regard.