CHINA China sympathizes with US farmers but bears no blame: spokesperson

China sympathizes with US farmers but bears no blame: spokesperson 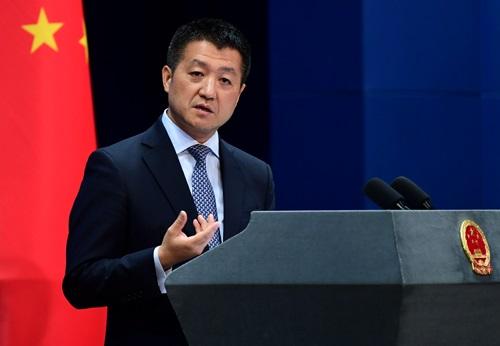 China on Friday said it deeply sympathizes with US farmers and ranchers for problems they had been encountering, but bears no blame for the problems.

Foreign Ministry Spokesperson Lu Kang made the remarks at a news briefing in response to media reports that US Senator Jerry Moran recently said in his recommendations to the US Agriculture Secretary Sonny Perdue that the net farm income had fallen by 50 percent since 2013 and many farmers and ranchers were on the verge of financial collapse.

Moran asked to resolve the ongoing trade dispute with China, saying another round of assistance may provide short term relief for farmers, but will not make up for lost export markets and long term implications of the trade disputes.

"For the problems the US agricultural and livestock industry practitioners have been encountering, their Chinese counterparts deeply sympathize with that," Lu said.

China and the US have developed good cooperation in a wide range of fields including agriculture for a long time, which has benefited the industries and consumers of both sides, Lu said.

He said the demands of the US organizations of relevant industries, including agricultural and livestock, had shown their clear understanding that China was not responsible for the obstacles blocking the mutually beneficial cooperation between the two countries, as well as preventing China and the US from resolving differences through friendly consultations and advancing common interests.

The Chinese government had to take measures to protect its legitimate rights and interests when they get violated, just the same as the other countries' governments, he added.