As a responsible developing country, China will actively respond to climate change, promote green development and play as a major constructor, leader and contributor to global ecological civilization. 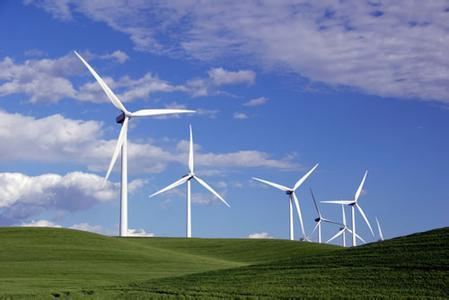 China has been dedicated to providing public goods to the international community, as well as getting involved in the global governance on environment, said Erik Solheim, Executive Director of the United Nations Environment Programme (UNEP), in a recent interview with People’s Daily.

The UN official also noted that the international community needs responsible countries such as China to lead in coping with global ecological issues.

A national strategy must be implemented to actively respond to climate change and establish a global climate governance system featuring justice and win-win cooperation. Through these methods, China will establish its image as a responsible major country and drive the construction of a community with a shared future for human beings, stressed Chinese President Xi Jinping, at the two-day national conference on environmental protection last May.

A person in charge of climate change issues at the Ministry of Ecology and Environment noted that China has made historical contributions to the Paris Agreement, which aims to reduce greenhouse gases beyond 2020, and has greatly enhanced the country’s global influence on climate governance.

Before the 2015 UN Climate Change Conference kicked off in Paris, President Xi issued several joint statements with then US President Obama and then French President Hollande, bridging their differences to negotiate and reach a consensus, said the environmental official.

China played a constructive role in negotiations for the UN Framework Convention on Climate Change, putting forward China’s solution and driving the agreement on outcome documents such as the Paris Agreement and Fiji Momentum for Implementation.

In addition, China has set up ministerial consultation mechanisms on climate change with BRICS member states and launched the ministerial meeting mechanism with Canada as well as the EU, to make full play of the consultations and negotiations.

China has advanced in leaps and bounds since 2013 through wide international participation, said Pan Jiahua, director of the Institute of Urban and Environmental Studies at the Chinese Academy of Social Sciences.

In recent years, China has been stepping up its efforts to reduce carbon emissions.

Taking Zhenjiang, a city in east China’s Jiangsu Province as an example, it's the first city in China to establish a low carbon city management cloud platform, based on information technologies including cloud computing, Internet of things, geographical information system and intelligent analysis in order to reduce carbon emissions.

A government official of the city said that apart from the platform, Zhenjiang, as one of China’s first batches of ecological civilization leading demonstration areas, also developed approaches to terminate high energy consumption, high pollution and high emission projects.

China launched a carbon emissions trading system for the power generation industry in December 2017, and will promote construction of the carbon market across the nation in stages.

Thanks to the various efforts China has made to reduce carbon emissions, the country’s carbon intensity has seen a decline. China’s carbon dioxide emissions per unit of GDP were reduced by 46 percent between 2005 and 2017.

Since 2013, China has set the third day of National Energy Efficiency Promotion Week in June every year as National Low-carbon Day. Relevant departments in China issue policy and action reports each year, to introduce the country’s actions and results in tackling climate change to the world.

In addition, the Chinese government supports initiative of enterprises and the general public, effectively improving the awareness and action abilities of society as a whole in tackling climate change and low carbon development.

For example, activities considered low-carbon including walking, taking the subway or riding a bike and selling secondhand goods can be converted into virtual “green energy” in the “Ant Forest” scheme on the Alipay platform.

When enough “green energy” is earned, public service organizations will plant a real tree in areas such as the Inner Mongolia Autonomous Region.

“I’m glad that I can make contributions to protecting the earth,” a user on the platform noted.

The director added that China will stand firmly on tackling climate change no matter how hard it is.

China has promised that it will peak carbon dioxide emission at around 2030, and the country is now working on an implementation plan to achieve this goal.