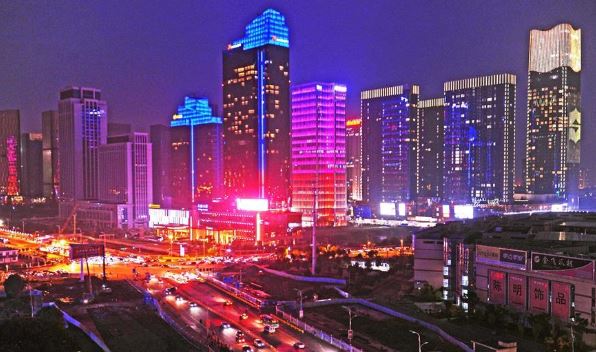 BEIJING, Nov. 2 (Xinhua) -- China has taken a path of development that suits its domestic conditions, experts and scholars have said, as the fourth plenary session of the 19th Central Committee of the Communist Party of China (CPC) concluded here on Thursday.

The session focused on how to uphold and improve the system of socialism with Chinese characteristics and advance the modernization of China's system and capacity for governance.

A communique was released after the session, saying that as proven by practice, the system of socialism with Chinese characteristics and China's system for governance are systems of strong vitality and huge strength.

Nguyen Vinh Quang, vice chairman of the Vietnam-China Friendship Association, said the construction of a country's governance system is not accomplished overnight.

China has constructed a socialist theoretical system with its own characteristics after years of exploration, Nguyen said, noting that it is a result of a thorough review and summary of China's actual situation, which led China's reform and opening-up from one victory to another.

Alexander B. Pevzner, founding director of the Chinese Media Center in Israel, said the People's Republic of China has made remarkable achievements since its founding 70 years ago. Any country must establish a system that suits its national conditions, and it is noteworthy that China is constantly improving its systems.

Nasser Bouchiba, president of the Africa-China Cooperation Association for Development in Morocco, said that China, with the largest population in the world, has chosen a path of development that suits its own national conditions amid complicated international environment with increasing risks and challenges.

The convening of the session, Bouchiba said, will help China further improve its social system and strengthen its capacity for modern governance.

"China's governance style is smart and it has worked well both economically and politically because (it) incorporates other philosophies and taps into their cultural values," said Rose Fumpa Makano, a lecturer and researcher of Dag Hammarskjold Institute of Peace and Conflict Studies at the Copperbelt University in Zambia.