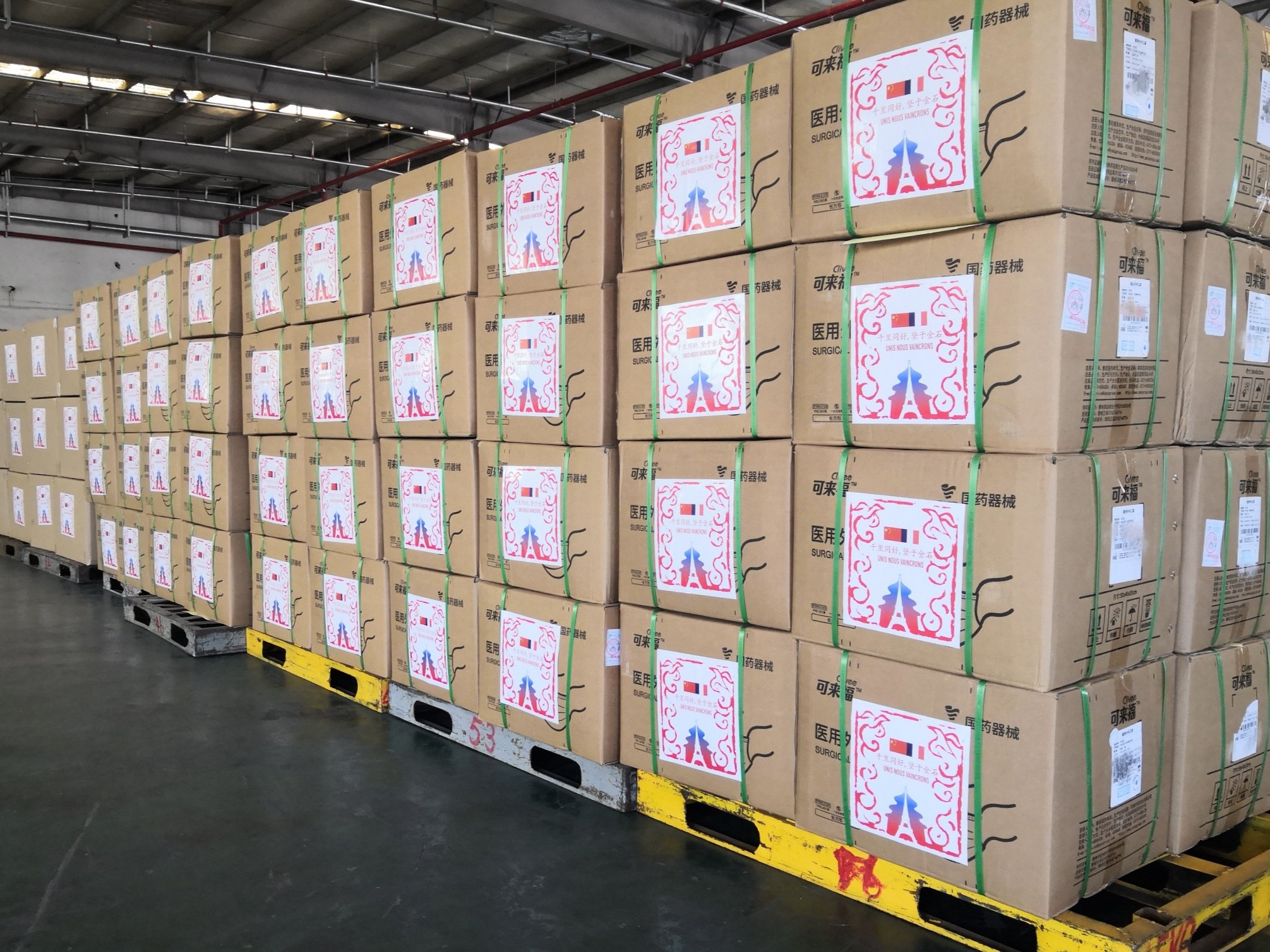 PARIS, March 26 (Xinhua) -- China has assumed its role as a major country in the global fight against COVID-19 by adopting "the strategy of international cooperation," said former French Prime Minister Jean-Pierre Raffarin.

"China reacted forcefully and quickly to the brutal arrival of the crisis on its territory," the French veteran politician said in an interview with Xinhua, adding that its experience has been very useful around the world.

"China's good cooperation with the World Health Organization (WHO) has enabled various national authorities to prepare, as best as possible, for the difficulties brought by the wave of contamination," Raffarin added.

On the cooperation between France and China during the combat, the former premier said the shipment of masks and hospital equipment from China were highly appreciated.

"As with SARS in 2003 France immediately supported China and the city of Wuhan (at the beginning of the epidemic). In return, when France was also hit hard, China concretely showed its solidarity," he recalled.

"The Sino-French friendship will emerge strengthened from this tragic crisis. It is in difficulties that we measure true friendship," he said.

Raffarin found the scientific cooperation between the two countries "excellent" with potential to tap in pharmaceutical cooperation, elderly caring and university cooperation.

"Internationally, it is necessary to follow feedback of experiences on the best methodologies and processes so as to to build a global and concerted response for eventual future pandemics," he said.

Raffarin also commended the World Health Organization "which has done a remarkable job under very difficult conditions by monitoring and giving recommendations" amid the sanitary crisis.

"Its pooling of experiences has been particularly useful for many governments. In the future we can imagine an even more operational role for the WHO," he said.

As to the just concluded G20 Extraordinary Virtual Leaders' Summit on COVID-19, Raffarin said the event marks a new step not only by launching the international cooperation in the health field but also by bringing multilateralism, which both France and China advocate, closer to the people.

"The public opinion considers health as the first priority of public action. This new 'multilateralism in health' will be popular," he said.

"On the whole, health is probably the best subject for a new multilateralism closer to the people. Here we join the logic of a community with a shared future for mankind."

"It shows that international solidarity could prevail over national selfishness," he said.

Referring to the G20 leaders' pledge to vigorously support the global economy, the former French leader called "the massive financial mobilization as a strong signal of the determination of G20 members to face the economic crisis" caused by the health crisis.

"Economic cooperation at international level will obviously be the priority after the crisis," Raffarin stressed.

"For the future we may wish for an acceleration of multilateralism, particularly for therapies and vaccine research," he said. "Our future will be even more shared tomorrow than today."