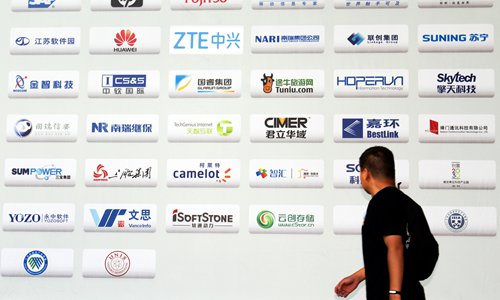 Right after Chinese female scientist Tu Youyou won the Lasker-DeBakey Clinical Medical Research Award in 2011 for discovering artemisinin - the revolutionary medicine for malaria - someone attempted to leverage her fame. The trademark of "Tu Youyou" was registered by another individual named Yu Xiaozhi and an optical company under the international trademark classification, the Hangzhou-based news portal hangzhou.com reported in October 2015.  The case reflects the conflict between personal name rights and trademark rights. Case studies show that many celebrities' names have been registered by other people, Dong Yizhi, a research fellow with the China e-Business Research Center, told the Global Times. From enterprises' perspective, there are not many measures available to protect their own brands from infringement, with the current situation being very laissez-faire. On the other hand, enterprises' compliance still needs to be improved. Most importantly, trademarks are not integrated into the Intellectual Property Rights (IPR) system, even if it is part of basic legal protection. The government needs to provide guidance to both individuals and enterprises to bring about full awareness of the importance of IPR, Dong concluded. There were 1.6 million Chinese mainland invention patents in 2018, with 55,000 Patent Cooperation Treaty (PCT) applications filed and 6,594 applications registered in the Madrid System, an International Trademark System, Shen Changyu, director of China's National Intellectual Property Administration (NIPA), said at a media briefing in Beijing at the State Council Information Office on April 28. Global footprintWith a record number of 5,405 published PCT applications, Huawei Technologies was the top corporate filer of international patent applications in 2018, according to the World Intellectual Property Organization (WIPO)'s annual report on March 19.As an organization that oversees international treaties governing patents, trademarks and industrial designs, WIPO's annual report highlights trending insights in all intellectual property filings globally. "The awareness of trademarks among Chinese companies has continuously deepened in recent years. In fact, the number of trademarks China has submitted for registration has ranked No.1 in the world for many years," Kong Qingjiang, the dean of the School of International Law at the China University of Political Science and Law, told the Global Times. Following the US and Germany, China ranked No.3 for the number of international trademark applications using WIPO's Madrid System in 2018. The main reason enterprises apply for trademarks is to protect their own brands, service sales and promotion, and stop other parties from using the same trademark, resulting in the registrant benefiting from their own brands and creating value added service and products, Kong said. US-based applicants filed 56,142 PCT applications, followed by applicants from China, who filed 53,345. China is expected to surpass the US within the next two years based on the momentum built in 2018, according to WIPO's report. Awareness of trademarks in China is improving. Enterprises are allocating more resources to brand operations while fine-tuning IPR protection for their products, Jia Ruiguo, a lawyer with Beijing Fangli Law Firm, told the Global Times. During the process of patent application, the focus is shifting from quantity to quality and verification standards are becoming stricter, ensuring the exclusivity and effectiveness of China's patents, Jia stressed.Meanwhile, more measures should be taken to punish patent infringement and strengthen the consequences of breaking the law, so that the legal rights of rights holders will be protected, Jia suggested. The Madrid System provides a centralized filing system for registering and managing trademarks worldwide. It is applied in 120 countries.Applicants are supposed to be either citizens of these countries or owners of residences or business premises. Under the system, the registration process for trademarks is quicker and more convenient, making it easier to register and protect corporate trademarks, Jia noted. China's innovation index ranks 17th globally, according to a report published by WIPO, becoming the only middle-income economy in the top 20 list in the index, Shen said. For Tu Youyou's case, Kong suggested that she consider going to the Trademark Review and Adjudication Board for cancellation of the registered trademark. Meanwhile, Huawei is preparing for the worst scenario against the backdrop of trade tensions between the US and China. Its mobile operating system (OS) Hongmeng, also known as Huawei Ark OS, was granted a trademark by the NIPA's trademark office on May 14. The company also filed applications for the OS and other software with the European Union Intellectual Property Office for trademarks on May 24. From lessons learned to best practices in both trademark registration and IPR, Chinese individuals and companies still face a steep learning curve.