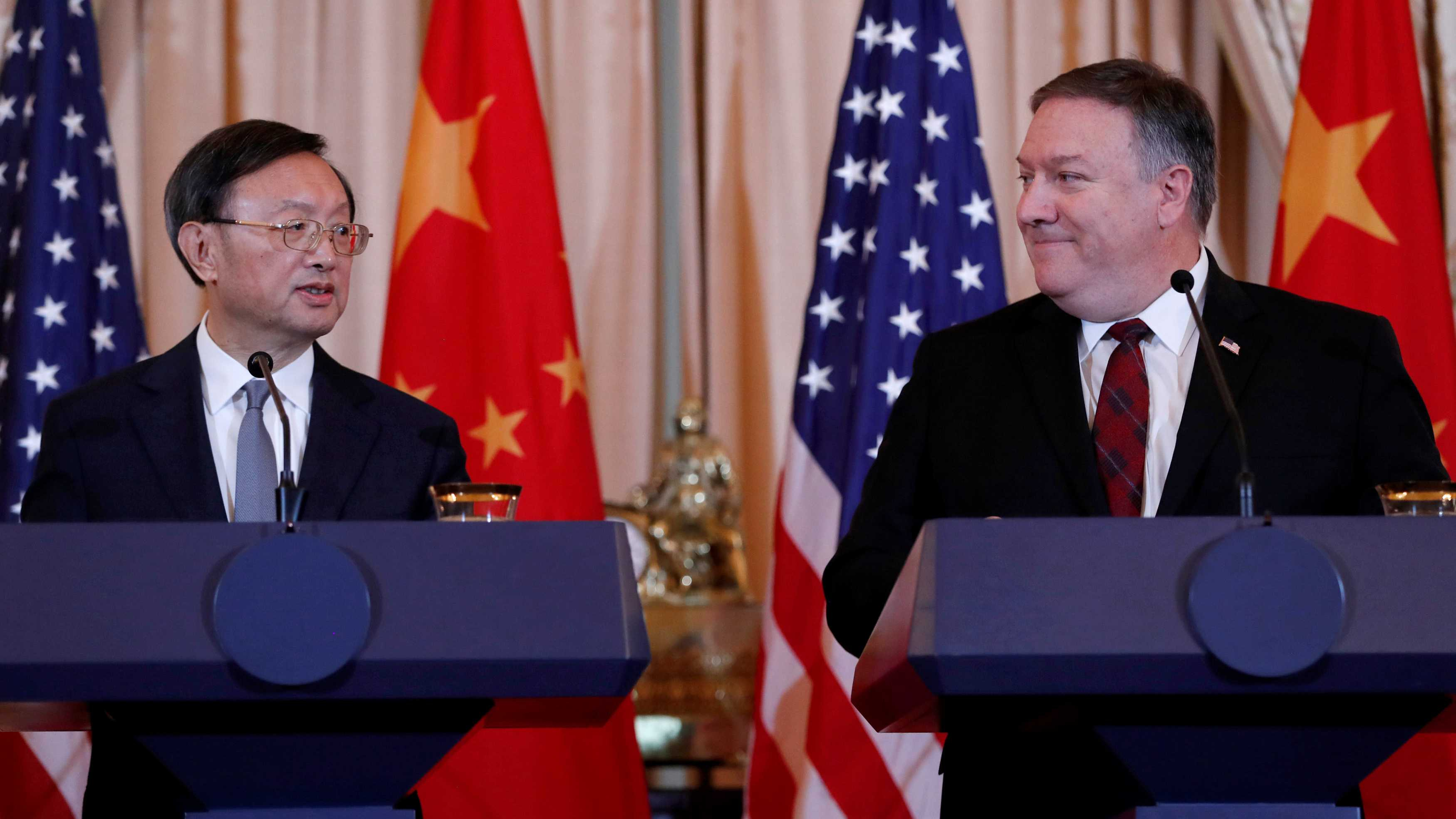 The upcoming summit between Chinese President Xi Jinping and US President Donald Trump has great significance, senior Chinese diplomat Yang Jiechi told US diplomats and defense chiefs in Washington, DC on Friday, calling on efforts to realize positive outcomes of the meeting.

Yang said the two sides should work on communication and collaboration, paving the way for the meeting that is expected to take place on the sidelines of the G20 summit at the end of November in Argentina.

Yang, a member of the Political Bureau of the Communist Party of China (CPC) Central Committee and also director of the Office of the Foreign Affairs Commission of the CPC Central Committee, made the comments at a joint press conference with US Secretary of State Mike Pompeo and US Secretary of Defense James Mattis after the second China-US Diplomatic and Security Dialogue.

The high-level talks were postponed amid rising tensions over trade, the South China Sea and Taiwan.

Yang said China and the US are the world's largest economies and share broad common interests, and the two sides should work on narrowing differences and disagreement and expanding cooperation and building consensus and mutual trust.

Speaking of trade, Yang said that China-US trade relations are mutually beneficial and win-win in nature.

The economic and trade problems of the two nations are a result of their differences in economic structure, industrial divisions and development stages, thus they should be resolved through dialogue and communications, Yang said.

China has, as always, kept its door open for dialogue, he noted.

The senior Chinese official hoped that the two nations' teams should follow the spirit demonstrated by the recent telephone conversation between the heads of state of the two countries, strengthen contacts and communications on the basis of equality and sincerity, so as to reach solutions acceptable for both sides.

During the discussion, the Chinese side elaborated on the Chinese stance on Taiwan, saying it concerns China's sovereignty and territorial integrity, and it is the most important and sensitive core issue between China and the US.

It also pointed out that the one-China policy is the political foundation for China-US ties, urging the US to abide by that policy and the commitments it made in the three Sino-US joint communiques.

The US side has reaffirmed its promise to follow the one-China policy and the three joint communiques.

On the South China Sea, the Chinese side reiterated China's indisputable sovereignty over that region and the adjacent waters.

It also said that any disputes should be peacefully resolved between parties directly concerned through negotiation and consultation.

China's building of civilian and necessary defense facilities in that area is no more than an exercise of its legal rights as a sovereign state granted by international law, the Chinese side emphasized during the talks, saying that it has nothing to do with "militarization" of the region.

It also urged the US side to respect facts and play a constructive role in maintaining peace and stability in the South China Sea.

The Chinese side also talked about Xinjiang Uygur Autonomous Region, noting that issues related to Xinjiang are China's domestic affairs, thus are not subject to foreign interference.

The Chinese government has taken a series of measures to boost the economic and social development in the autonomous region, the Chinese side said, calling on the US to view relevant issues objectively and stop its interference.

In the talks, the Chinese side reaffirmed its position on the denuclearization of the Korean Peninsula and a peaceful solution of the nuclear issue through talks and negotiation.

It also showed its support for the direct engagement between the Democratic People's Republic of Korea (DPRK) and the US.

The US side thanked China for its constructive role in the issue, agreeing with China that the consensus reached between the leaders of the DPRK and the US in Singapore should be actively implemented.

Both sides have also agreed to keep communication and coordination on the Korean Peninsula.