China thanks Jordan, Saudi Arabia for support on core-interests issues

China appreciates the firm support of Jordan and Saudi Arabia on issues concerning China's core interests, especially for China's principled stand and legitimate rights and interests on internal affairs such as Taiwan, Hong Kong and Xinjiang. 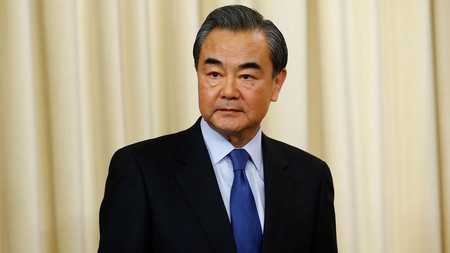 Noting that China highly appreciates Saudi Arabia's support for China's legitimate position on issues related to Hong Kong and Xinjiang, Wang said some people in the world always pretend to be teachers, frequently telling other countries what to do and violently interfere in China's internal affairs in the name of human rights. Their real purpose is to mess up Hong Kong and Xinjiang and impede China's development process.

The Chinese foreign minister also stressed cooperation after the pandemic. Wang said cooperation between China and Jordan in various fields will usher in faster development after the pandemic and China looks forward to working with the Arabian side to send a positive signal of fighting COVID-19 with solidarity amid the uncertain international situation.

Wang said he will co-chair with Safadi the ninth ministerial meeting of the China-Arab States Cooperation Forum on Monday.

Expressing gratitude to China for providing anti-epidemic assistance, Safadi said the Jordanian side is willing to sign cooperation documents on the Belt and Road with the Chinese side at an early date to deliver more solid outcomes in various fields, including trade, investment, science and technology and tourism.

For his part, Faisal said Saudi Arabia attaches great importance to its comprehensive strategic partnership with China and is ready to take the 30th anniversary of the establishment of diplomatic relations between the two countries as an opportunity to deepen cooperation in various fields and lift bilateral ties as well as China-Arab relations to a new level.

Saudi Arabia is willing to cooperate closely with China under the G20 framework to push for new progress in global cooperation against COVID-19, he added.