"China threat" used as excuse for US military expansion: spokesperson

BEIJING, Nov. 19 (Xinhua) -- Foreign Ministry spokesperson Zhao Lijian on Thursday said some Americans habitually hype up the so-called "China threat" because they need excuses for their expanding military prowess and budget so as to seek regional and global hegemony. 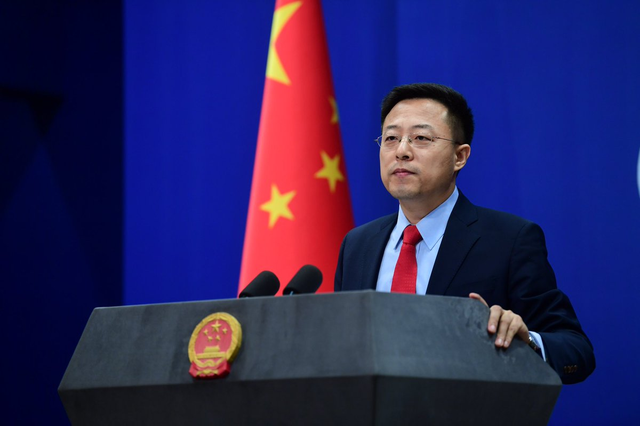 U.S. Navy Secretary Kenneth Braithwaite has reportedly called on the U.S. Navy to establish a new fleet at the intersection of the Indian and Pacific Oceans to deal with China's growing geopolitical ambitions.

In response to Braithwaite's remarks, Zhao said the United States, with the largest military expenditure and having set up military bases all over the world, had only 16 years not at war over its 240-plus years of history.

"But now the U.S. frequently claims being threatened by others. What an absurd logic!" Zhao said.

He said China is committed to the path of peaceful development.

China is and will always be a builder of world peace, contributor to global development and guardian of international order. "China's development is an opportunity, not a threat, as it will add to the world's strength for peace," he said.

He urged the United States to abandon its Cold War and zero-sum game mindset, view China's development objectively and rationally, and play a constructive role for peace and stability in the Asia-Pacific region.