China to achieve socialist modernization by 2035

The Communist Party of China (CPC) has raised a set of long-range objectives for China to basically achieve socialist modernization by 2035.

The targets were unveiled in a communique released after the fifth plenary session of the 19th CPC Central Committee ended in Beijing on Thursday.

The session also adopted the CPC Central Committee’s proposals for the formulation of the 14th Five-Year Plan (2021-2025) for National Economic and Social Development and the Long-Range Objectives Through the Year 2035.

According to the targets set out in the communique, China’s economic and technological strength and composite national strength will increase significantly. A new stride will be made in the growth of the economy and the per capita income of urban and rural residents. Making major breakthroughs in core technologies in key areas, China will become a global leader in innovation, per the communique.

New industrialization, IT application, urbanization and agricultural modernization will be basically achieved. China will finish building a modernized economy.

The modernization of China’s system and capacity for governance will be basically achieved. The people’s rights to participate and to develop as equals will be adequately protected.

China will become a strong country in culture, education, talent, sports and health. The well-rounded development of all people and social etiquette and civility will be significantly enhanced. China’s cultural soft power will grow stronger. 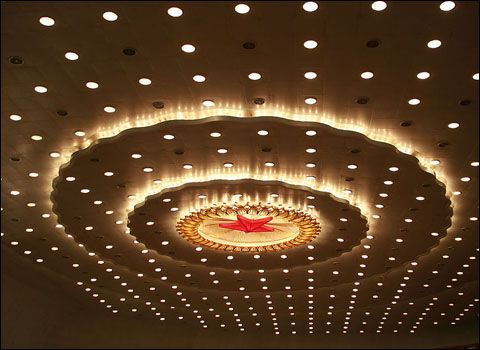 Eco-friendly ways of work and life will be advanced to cover all areas of society. Carbon emission will steadily decline after reaching a peak, and there will be a fundamental improvement in the environment with the goal of building a Beautiful China basically reached.

The opening up will reach a new stage with substantial growth of the country’s strengths for participating in international economic cooperation and competition.

The implementation of the Peaceful China initiative will be promoted to a higher level.

People will lead a better life, and more notable and substantial progress will be achieved in promoting well-rounded human development and achieving common prosperity for everyone.