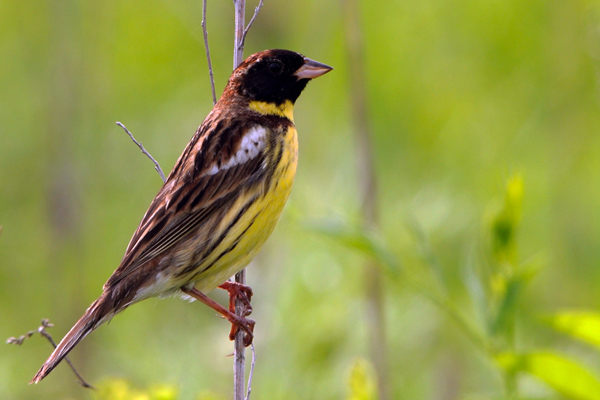 China will add yellow-breasted bunting to its the wild animal protection list "soon," an official said Thursday after media reported plummeting numbers in the last decade.China is mulling including emberiza aureola, commonly known as the yellow-breasted bunting, for a revised list including a higher degree of endangerment, a department official told the Global Times. The government official, who insisted on anonymity including the relevant department, did not say when the revised list will be released. The response came as media reported that non-government organization the International Union for Conservation of Nature upgraded the species to "critically endangered." "The overall rate of population decline is even greater than previously thought and may have become extremely rapid during the past three generations (11 years)," the union posted on its website. A black market in yellow-breasted buntings persists with huge numbers of birds sold annually, the posting said.The decline was caused "primarily by trapping in its passage and non-breeding ranges." "That is groundless," the official said. Trapping did not drive declining populations.The official response echoed Shi Kun, head of Beijing Forestry University's College of Nature Conservation Wildlife Institute. "The birds are picky about their breeding ground. Grasslands are among their favorites, but the number and quality of grasslands have been deteriorating, which is also an important reason for its population's decline," Shi told the Global Times on Thursday. Shi called on people to face the reality that animals are endangered and alter their old-fashioned eating habits. Modern medicines can replace animal parts and are more effective, Shi said. South China's Guangdong Province has a tradition of consuming the bunting as people believe it has aphrodisiac value, noted Zhu Yi, associate professor at China Agricultural University in Beijing.The bird's meat has about the same nutritional value as quail or pigeon, but can be riskier to eat as it might contain poison bait, Zhu told the Global Times.