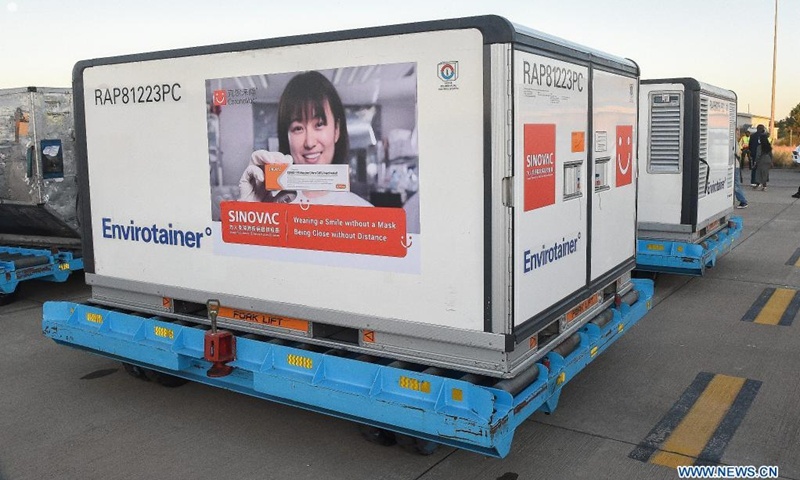 As the pandemic rebounds and international anti-epidemic cooperation is at a critical juncture, the G20 leaders' meeting at the Global Health Summit on Friday is anticipated to forge a concrete cooperation mechanism on supplying and distributing COVID-19 vaccines quickly and equitably.

China is expected to share its views and experiences in fighting the health crisis in the global arena as President Xi Jinping will attend the summit and deliver a speech via video from Beijing.

The summit, which will take place in Rome at Villa Pamphilj, is a special event of the G20 presidency, organized by Italy in partnership with the European Commission. "It will provide an opportunity to share the lessons learned during the COVID-19 pandemic. We will discuss how to improve health security, strengthen our health systems and enhance our ability to deal with future crises in a spirit of solidarity," said Draghi.

The key outcome of the meet will be a "Rome Declaration" of principles, which can be a powerful guide for further multilateral cooperation and joint action to prevent future global health crisis, and for a joint commitment to build a healthier, safer, fairer and more sustainable world, according to its website.

At Thursday's news briefing, Chinese Foreign Ministry spokesperson Zhao Lijian called for the summit to bring into play the role of the G20 as an important platform of global response to the crisis and sustain its positive momentum of leading global cooperation in fighting COVID-19.

"We expect the summit to send a strong signal of upholding multilateralism and advancing solidarity and cooperation, and inject confidence and impetus into the early victory over the virus and improvement of global health governance, to jointly build a global community of health for all," Zhao said.

Last year, G20 had announced a number of coordinated measures to deal with the pandemic including the economic fallout.

Lü Xiang, a research fellow on US studies at the Chinese Academy of Social Sciences in Beijing, told the Global Times on Thursday that as the biggest developing economy and the most successful country in controlling the virus, China is able to as well as responsible for helping other developing countries to better fight the epidemic by, for example, sharing anti-epidemic measures and Chinese vaccines.

The outside world is closely watching whether the meeting will address the problem on waiving the intellectual property rights of COVID-19 vaccine. But Reuters reported that the declaration will only back the voluntary licensing of COVID-19 vaccine patents for the shots to be manufactured in developing countries, citing a draft document.

A similar mechanism has been used in Africa to improve the supply of AIDS medicines.

Lü said that it is an issue under the management of the World Trade Organization, but China would actively join in negotiations on the issue.

But waiving patents is not enough to produce vaccines. The key is cooperation of techniques and professionals, which China has been conducting with many countries, Lü stressed.

Echoing Lü, Cai Jiangnan, director of the Center for Healthcare Management at the China Europe International Business School, stressed that a global mechanism is impossible to be built during the summit if some main powers do not cooperate.

In early May, the Biden administration expressed its support for waiving intellectual property protections for COVID-19 vaccines. Analysts said it is a step forward, but the decision aims to help reverse the decline of the US' image since the outbreak of the pandemic and it cannot immediately tackle the problems of producing and distributing vaccines.

The US should lift its embargo on the export of raw materials, and stop restriction on the voluntary cooperation among vaccine manufacturers and technology transfer, Lü said.

India, which is battling a catastrophic second wave, has been requesting medical aid from the US, such as raw materials for vaccines and oxygen concentrators, as the US banned exports of 37 materials vital to vaccine production in India. The Biden administration has only partially lifted the ban, under growing international pressure.

Production cooperation depends on how the WTO, major countries, and big international pharmaceutical companies will negotiate and whether they can reach a consensus, Cai said.