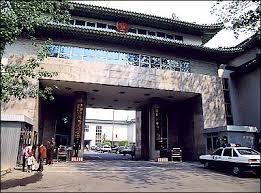 Members of the country's top legislature were briefed on the move Monday, as a draft revision to the Criminal Procedure Law was under its third review at the bimonthly legislative session of the Standing Committee of the National People's Congress (NPC).

According to the draft amendment after its first two reviews, which took place in April and August, a default judgment can be applied to corruption-related criminal cases, and serious cases endangering state security, and terrorist activities that have been examined and approved by the Supreme People's Procuratorate and need to be judged timely.

Legislators also suggested codifying China Coast Guard's role in sea law enforcement and its power of investigation into cases that take place on sea in the Criminal Procedure Law.

Moreover, they proposed to adjust the range of application of fast-track trials, excluding cases in which defendants were under 18. Lawmakers said that without investigations and debates in court, such cases would not benefit or educate younger defendants.