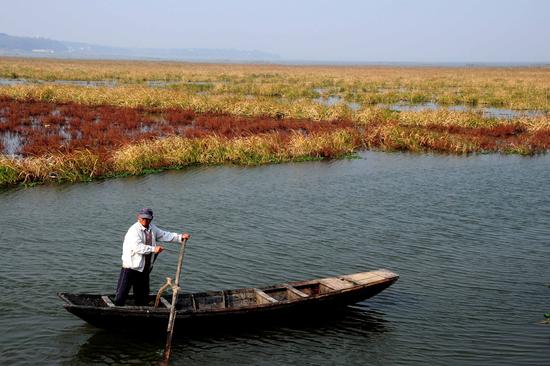 China will appoint "lake chiefs" to step up water pollution control as a similar approach adopted in 2016 to protect rivers has achieved satisfactory results.

A four-tier system of lake chiefs comprising provincial, city, county and township chiefs will be established by the end of 2018 to cover all lakes, according to a document released Thursday by the general offices of the Communist Party of China Central Committee and the State Council.

Lake chiefs will be tasked with resource protection, pollution prevention and control, and environmental restoration in waters under their supervision. Their performance will be assessed and they will be held accountable for environmental damage.

China started to appoint river chiefs more than a year ago, and there are now around 200,000.

The effect is clear. East China's Zhejiang Province has basically eliminated black waters and it has said it will deal with any water "below Grade V," the lowest acceptable level in China's water quality grading system.

Lake chiefs will address waters not covered by river chiefs.