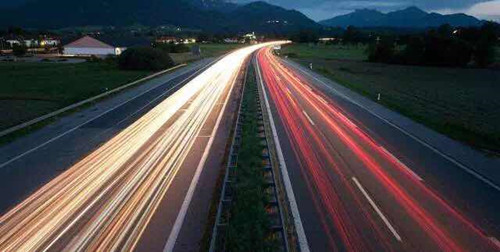 The 6-lane, 161-km freeway linking Hangzhou with Ningbo, is expected to increase the average traffic speed by 20 to 30 percent, slashing the travel time between the two cities from two hours to just one.

China's expressways have speed limits of between 100 and 120 kph, with the average traffic speed estimated at 90 kph.

The new intelligent expressway system will incorporate a monitoring system as well as a warning system to maintain the safety of vehicles while increasing the average traffic speed.

It will also include Internet of Vehicles technology, supporting autonomous driving in the future, said Ren Zhong, deputy director of the provincial department of transportation.

"We will make mobile charging for electric vehicles possible on the super highway in the future," said Ren.

China's first solar expressway opened for testing at the end of 2017.