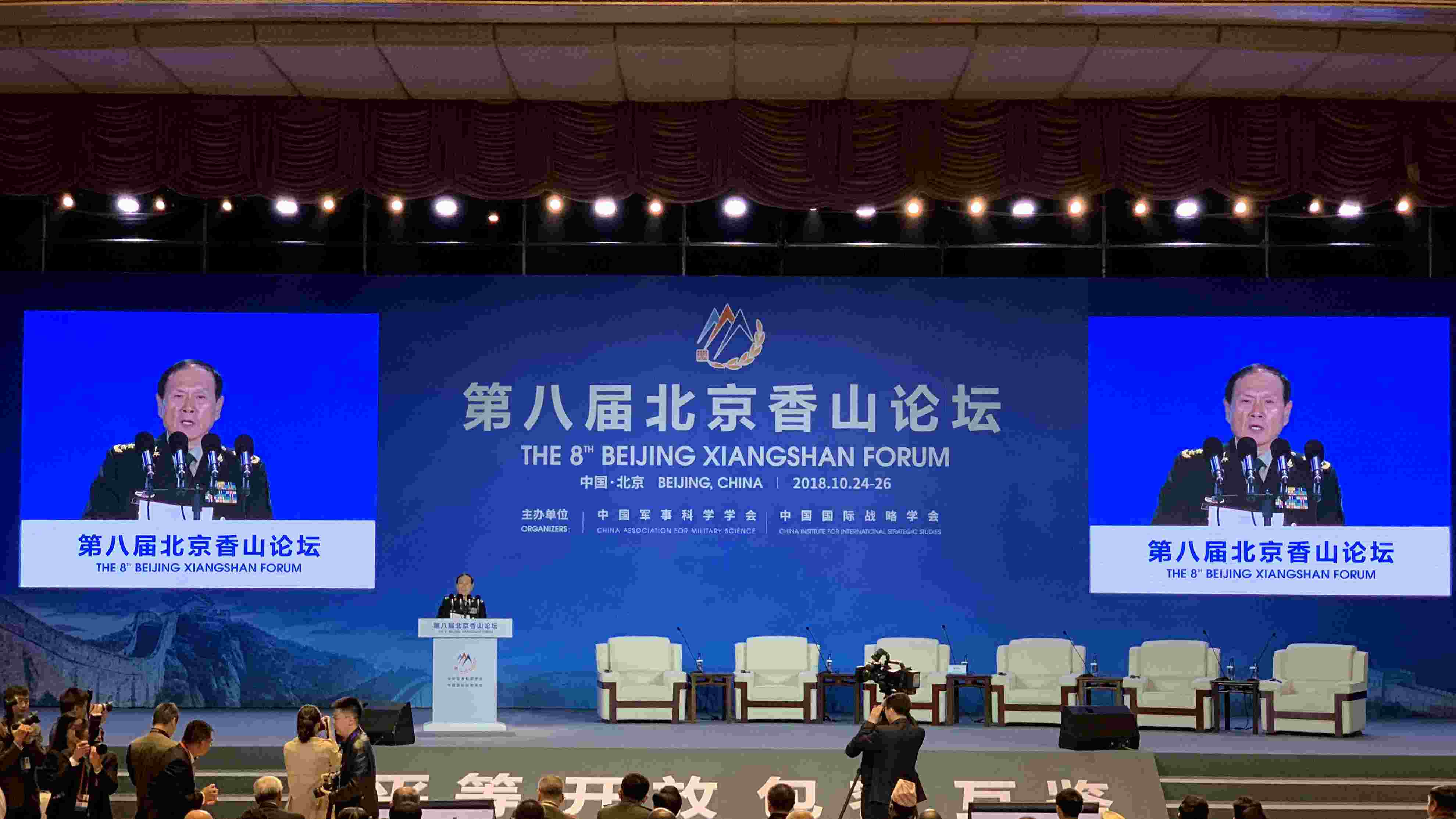 China will continue to work with other countries to build a new security mechanism and safeguard the security in the Asia-Pacific area and the world at large, Chinese Defense Minister Wei Fenghe said in Beijing Xiangshan Forum on Thursday.

The 8th Beijing Xiangshan Forum opened on Thursday and will last until Friday.

More than 500 representatives from over 70 countries attended the event. The forum's theme is “Building a New Type of Security Partnership of Equality, Mutual Trust and Win-Win Cooperation.”

Wei Fenghe read a congratulatory letter from Chinese President Xi Jinping, expressing China's will to increase strategic mutual trust and strengthen security cooperation with all other countries, as well as China's commitment for peaceful development and a shared future for mankind.

He said that a new type of security partnership is the trend, and China sticks to mutual benefits, opening-up, non-alliance and non-confrontation.

Wei also stressed that China adheres to a defensive nuclear strategy, and keeps a firm stance in defending its own national sovereignty, security, and development.

The event this year has four topics for discussions. They cover such fields as new methods of international security governance, how to deal with terrorism, as well as maritime security cooperation, and challenges in the peacekeeping mission of the United Nations.

With a new name as “Beijing Xiangshan Forum,” the forum will closely follow the latest development in the international security situation, according to the organizers.