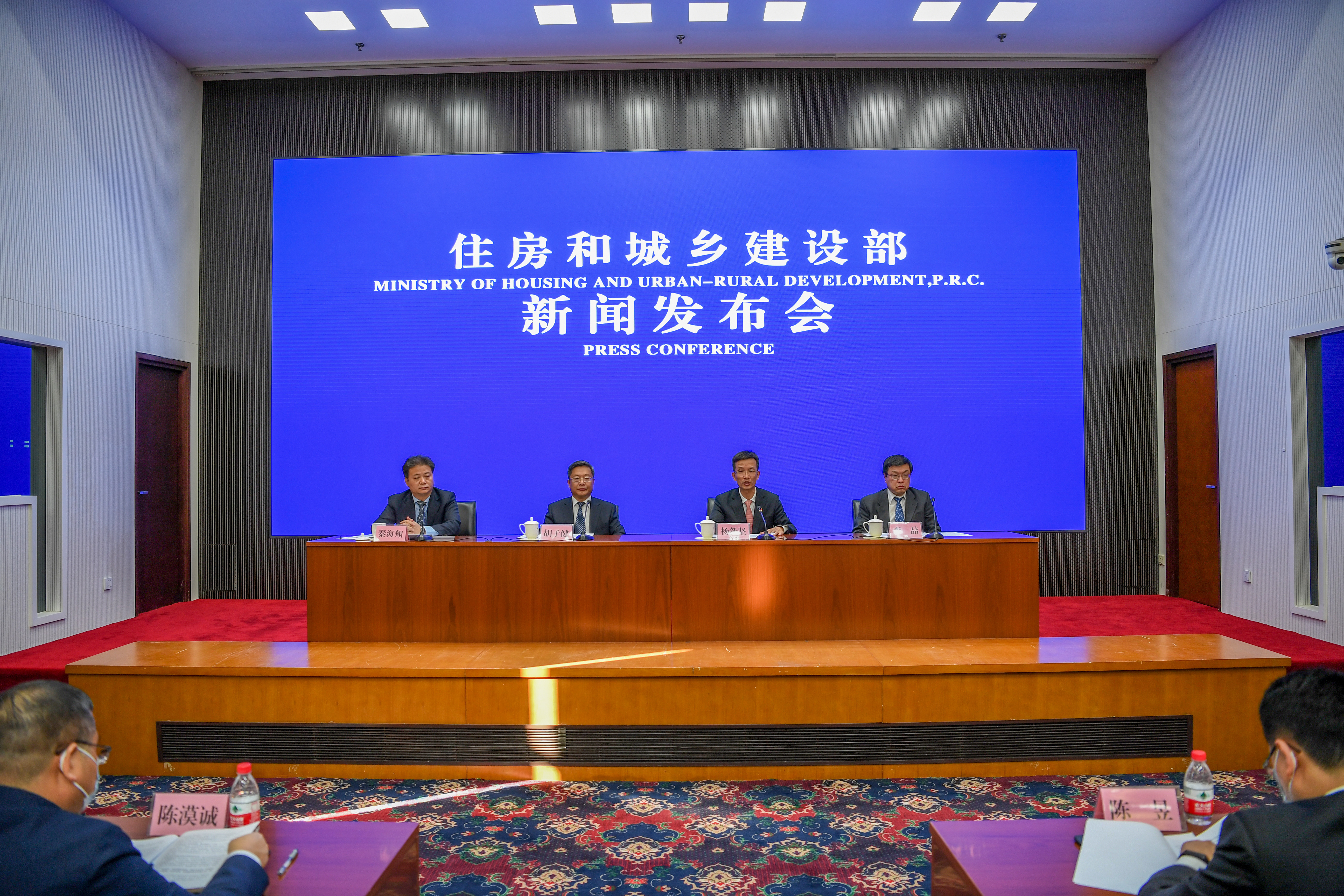 The Ministry of Housing and Urban-Rural Development holds a news conference on Oct 16, 2020. (Photo: China Daily)

China will hold celebrations marking the World Cities Day in Fujian provincial capital Fuzhou from Oct 30 to Nov 1, according to the Ministry of Housing and Urban-Rural Development.

Under the theme of Valuing Our Communities and Cities, the focus of the event is to exchange and showcase policies, experiences and practices in promoting sustainable development and improving living environment in the urban areas around the globe as the world implements the United Nations 2030 Agenda for Sustainable Development and New Urban Agenda, said Hu Zijian, director-general of the ministry's department of planning, finance and foreign affairs, in a news conference on Friday.

Li Zhe, a senior official with the department, said the event will be held online and offline simultaneously. Aside from live broadcast, short videos and articles illustrated with photos of the event will be also presented online to facilitate the participation of people from home and abroad.

Yang Xinjian, vice-mayor of Fuzhou, said, in addition to forums, urban development cases and excellent architectures will be displayed in exhibitions held on the sidelines of the event.

The World Cities Day was first proposed in a declaration issued on the closing day of the World Expo 2010 in Shanghai in a bid to recall, renew and advance ideas and practices of the Shanghai Expo for future development.

Thanks to the promotion of Ministry of Foreign Affairs, the Ministry of Housing and Urban-Rural Development, China Council for the Promotion of International Trade and Shanghai government, the United Nations General Assembly decided to designate Oct 31 of every year as World Cities Day in Dec 2013.

Li said the World Cities Day has played a major role in generating concerns for sustainable urban development across the world.

The day has provided a key platform to publicize the concept of sustainable urban development and discuss how to construct livable and harmonious cities and cope with challenges emerging from the world's urbanization process, he noted.

It has also helped publicize the country's philosophy in promoting urban development and showed to the world the country's achievement and experiences, he continued.

Thanks to events held for the day, more and more experts and civilians in the country have begun to pay attention to sustainable urban development and contribute their wisdom and strength to the issue, he said.