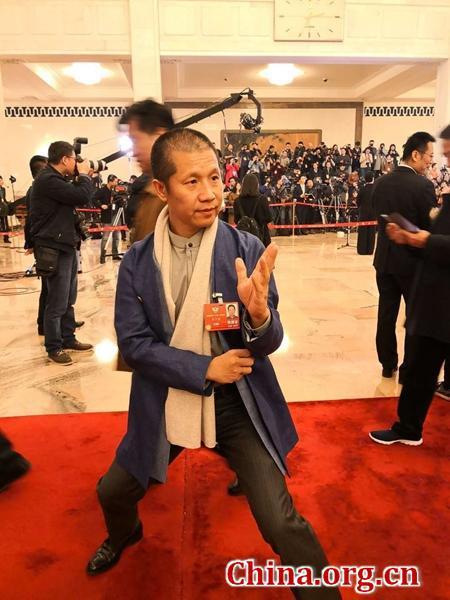 The Chinese Wushu Association has appealed to all the country's martial artists to maintain self-discipline, and avoid hyping themselves up as "masters" or becoming involved in other violations.

The association published a proposal on strengthening self-discipline and promoting martial arts culture on its website, calling on all practitioners to unite, abide by the ethics of ancient martial arts, abide by the rules, and work together to promote Chinese martial arts, an excellent traditional culture also known as wushu.

The proposal asked martial arts practitioners not to give themselves titles such as "kung fu master", "authentic master" and "legacy inheritor", and not to counterfeit certificates attesting to their alleged prowess.

It suggest practitioners evaluate their skill level through the Chinese martial arts ranking system, while honorary ranks can be awarded to those who have made outstanding contributions to the development of martial arts.

"Practitioners of different martial arts styles should respect each other, communicate sincerely, enhance unity, and improve together, and must not defame, maliciously attack, or discriminate against others,” the announcement stressed.

The reasons for this published proposal is that, in recent years, there have been "masters" self-creating new styles and schools. Some even hyped up their "fighting battles" with other martial artists practitioners and wrestlers for financial gains, arousing much controversy. The association said the behavior of such self-proclaimed "masters" had damaged the image of China's traditional martial arts.

The announcement by the association stressed it supported traditional Chinese martial arts skills and their cultural inheritance, but insisted practitioners should not to engage in activities violating the social order and good customs, as well as laws and regulations, by obtaining money by false pretenses or exploiting apprenticeships.

The Wushu Administrative Center of the General Administration of Sport of China, a government body to supervise the non-profit civil association, previously issued two guidelines in June to regulate and standardize martial arts competitions and matches, as well as how to participate in such kung fu events. The center pledged to clean up the sector and crack down on all fake "masters".