China's first land, sea and air driverless vehicle testing area, in the Lingang area of Shanghai, is now operational, according to CGTN. 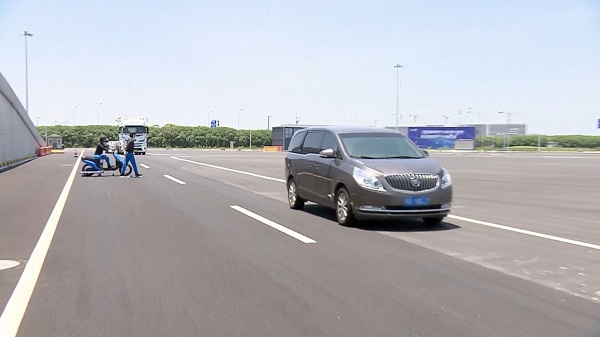 Construction on the testing area, covering 3.2 square kilometers, was officially launched in May 2018.

The testing area has roads stretching 4.7 kilometers with different conditions including pedestrian crossings, obstacles on the road, and rainfall, to test driverless vehicle sensing devices.

In addition to the roads, and unmanned ship testing area of about 1 square kilometer, and two unmanned aerial vehicle testing areas are also included in the testing area.

"Through these conditions, we want to help artificial intelligence to energize the real economy of our country," said Xue Jiancong, deputy general manager of TuSimple, a driverless truck company.

The demonstration area will be opened to driverless vehicle enterprises nationwide and provide services for them, including data integration management and abundant road testing scenarios.