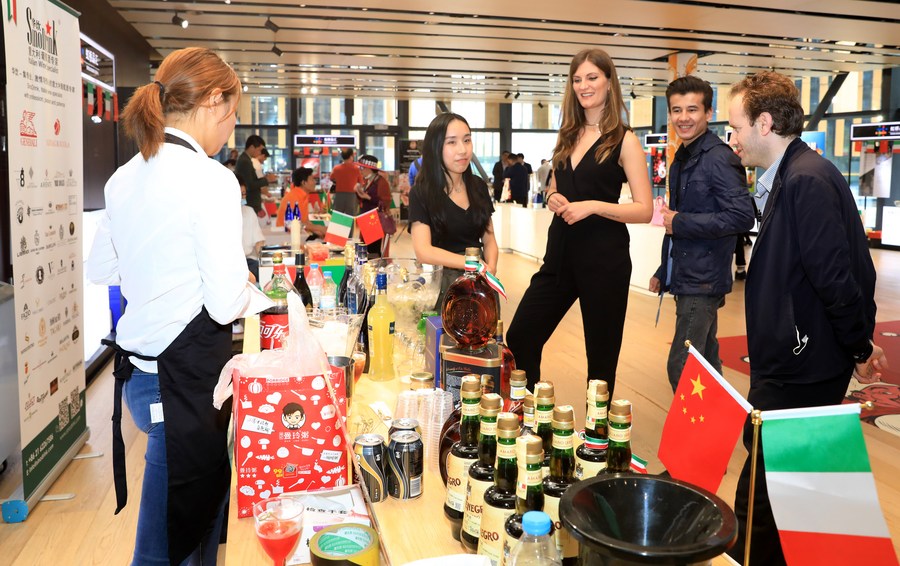 During a meeting with Italian Foreign Minister Luigi Di Maio here, Wang said China attaches great importance to Italy's status and role as a major European Union country and places priority on its partnership with Italy.

Wang extended China's support for the Group of 20 (G20) Rome Summit under the Italian presidency, saying that Chinese President Xi Jinping will attend the summit via video link and deliver a speech.

China stands ready to work with Italy to promote the G20 to advocate multilateralism, reject unilateralism and protectionism, hold high the banner of unity, and boost strong recovery and growth of the global economy, said Wang.

Noting that China and Italy are comprehensive strategic partners, Wang said the two countries, in the face of the complicated and changing international situation, need to insist on the spirit of mutual respect and mutual understanding, and advancing mutual trust on issues involving each other's core interests. He also called on the two sides to maintain long-term and stable development of bilateral relations with a long-term strategic vision.

China is ready to advance the two countries' mutually beneficial cooperation in such fields as energy, aerospace, communications, green, digital and agriculture.

Di Maio thanked President Xi for attending the summit via video and sending Wang as his special representative to the site, saying it reflects China's support for Italy in hosting the conference.

He said Italy is full of confidence in the prospects of the two countries' cooperation, and is willing to take joint construction of the Belt and Road as a new starting point to promote all-round cooperation between the two sides.

The two sides agreed to take the chance of successfully hosting the China-Italy Year of Culture and Tourism to promote people-to-people and cultural exchanges to achieve greater results.

They also agreed to support each other in hosting the Beijing Winter Olympics and the Milan Winter Olympics, and to expand new areas of cooperation in the two countries' ice and snow industries.

Wang said he hoped that Italy would work with China together to carry forward the Olympic spirit and oppose politicization of sports.

Having not completed industrialization, China has formulated the goals of peaking carbon emissions and achieving carbon neutrality, so far the world's most difficult and intensive emission reduction to accomplish, Wang said, adding that it fully demonstrates China's firm determination to tackle climate change.

China will make arduous efforts to this end, and will walk the talk and fully honor its commitments, Wang noted.

Di Maio said Italy highly appreciates China's great efforts in environmental protection and emission reduction, as well as the positive progress China has made in green transformation and development, noting that his country is willing to continue strengthening cooperation with China in addressing climate change.

The two sides also exchanged views on Afghan and other international and regional issues of common concerns.