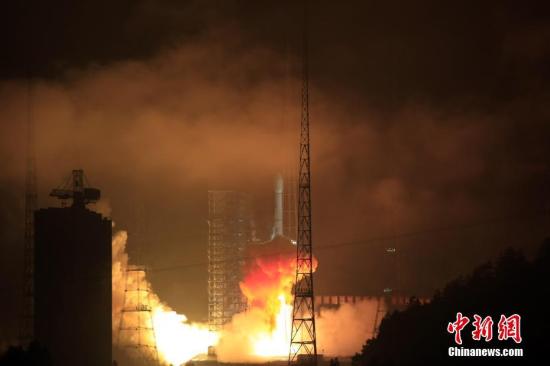 China aims to develop a new series of small, medium, large and heavy-lift Long March carrier rockets by 2030 to meet the demands of its space operations, according to an expert.The capacity of Chinese rockets would reach 140 tonnes for low-Earth orbit, 44 tonnes for Earth-Mars transfer orbit, 50 tonnes for Earth-Moon transfer orbit and 66 tonnes for geosynchronous transfer orbit in 2030, said Long Lehao, an academician of the Chinese Academy of Engineering and a chief designer at the China Academy of Launch Vehicle Technology, when delivering a speech in Tsinghua University.One of the new generation rockets would be the heavy-lift Long March-9. The rocket would have a core stage with a diameter of 10 meters, and four boosters with a diameter up to 5 meters.The takeoff weight of the 93-meter-high Long March-9 would exceed 4,000 tonnes, and its takeoff thrust would be close to 6,000 tonnes. The rocket would be able to carry a payload of 140 tonnes into low-Earth orbit, Long said.The Long March-9 would have two variants: one with two boosters and the other one with no booster.Some breakthroughs had been achieved on the technologies of the Long March-9.It could be used in manned lunar landings, deep space exploration and constructing a space-based solar power plant, Long said.China is also developing reusable space rocket, the Long March-8, which is expected to make its maiden flight around 2021. It will have two stages and two boosters. The first stage and boosters are expected to be retrieved through vertical landing, said Long.A variant, the Long March-8A will be equipped with two larger boosters and an upper stage.China has developed more than 10 types of carrier rockets, sending more than 400 spacecrafts into space, including more than 60 commercial satellite launches for over 20 countries. The success rate and the orbit injection accuracy are among the world's highest.