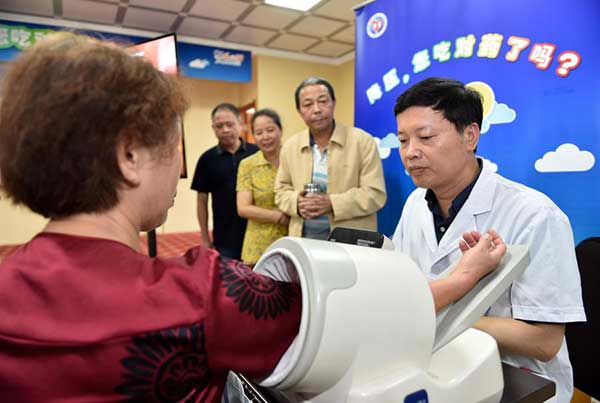 Outpatients with the two chronic diseases will be reimbursed for over 50 percent of their spending on medicine included in the national basic medical insurance catalog, the commission said.

Over 300 million people under the country's basic medical insurance programs will benefit from the move, according to the commission.

The move is also aimed at improving the health of senior citizens, as China has over 180 million elderly citizens suffering from chronic diseases, of whom 75 percent have one type or more.

Chronic diseases including high blood pressure and diabetes have become the main causes of death in the country.