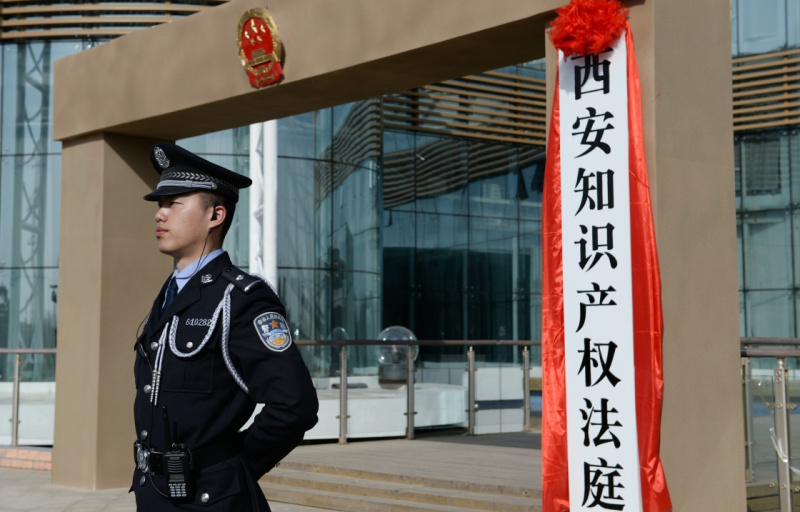 China has clarified punitive damages for intellectual property right (IPR) infringement in the draft civil code, a move which analysts said would help relax trade friction between China and the US.

Two sections of the draft civil code including provisions on tort and contract were submitted to the Standing Committee of the 13th National People's Congress (NPC) - China's top legislature - on Sunday, launching the second phase of formulating the country's long-expected civil code that is expected to run until 2020, the Xinhua News Agency reported on Sunday.

The draft empowers people whose IPRs are seriously infringed upon with the right to claim for punitive damages.

Shen Chunyao, head of the Legislative Affairs Commission under the NPC Standing Committee, said in a report to the committee that it is necessary to raise the penalty of IPR infringement to enhance the protection of IPRs and fully enact the deterrent role of law, according to Xinhua.

Ni Feng, a deputy director of the Chinese Academy of Social Sciences' Institute of American Studies, told the Global Times on Monday that the move is in accordance with China's goal of establishing a socialist market economy and constructing an innovative country.

"Meanwhile, it also can be viewed as an indication of China's effort to ease trade friction with the US as IPR infringement is an issue of which the latter often accuses China," Ni said.

The Office of the US Trade Representative said in a report released on November 20 that, "China fundamentally has not altered its acts, policies, and practices related to technology transfer, intellectual property, and innovation."

In response to the slam, China's Ministry of Commerce said on its website on November 23 that China does not accept the report, "which levels new, groundless accusations that go against facts."

China has made multiple attempts to draft a civil law only to halt due to political turmoil and other reasons, according to Xinhua.

"Civil codes are the most important basic law that regulates all aspects of daily life. The draft of it requires clear understanding of social development and social order as well as workable plans to deal with social problems," Wang Sixin, a professor at the Communication University of China, told the Global Times on Monday.

But as China has experienced a rapid development in recent decades, the country has lacked mature conditions to draft it, Wang noted.

The committee had collected suggestions from Chinese citizens on its website for two months before the two sections mentioned above were submitted.

It is reviewing the two sections during a bimonthly session scheduled from Sunday to Saturday.