China to enhance wildlife protection in 2019 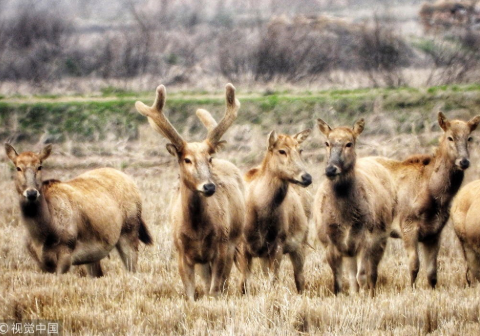 A herd of milu wander in a field near Poyang Lake in Shangrao, Jiangxi Province, on March 9, 2019. (Photo: VCG)

The government will carry out 24 key projects to improve protection including adjusting the lists of key wild animals and plants under state protection, the newspaper quoted a work plan as saying.

The plan was unveiled at the second meeting of the inter-ministerial joint meeting on combating illegal trading of wildlife, a mechanism introduced in November 2016.

Other measures include a special campaign to fight against wildlife trafficking, such as those involving ivory.