China to ensure kindergartens are non-profit to address safety problems 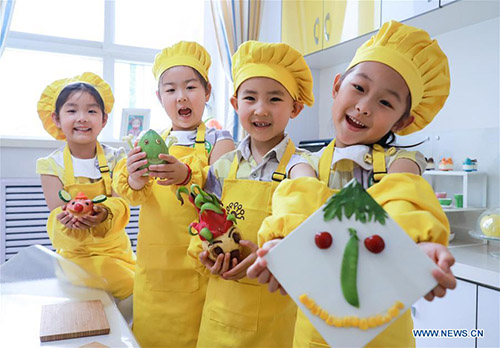 Children show smile signs made of vegetables and fruits to celebrate the World Smile Day at No. 1 Kindergarten in Shijiazhuang, capital of north China's Hebei Province, May 8, 2018. (Photo: Xinhua)