At the executive meeting, the State Council clarified more areas for import expansion and also reflected the current strong demand in the domestic market, said Zhao Ping, director of the Department of International Trade Research at the China Council for the Promotion of International Trade.

Specific areas include consumer goods, medicine and pensions that are closely related to people's lives. Meanwhile, China will improve its duty-free shop policy and expand the importation of duty-free goods.

The move will give more pressure to domestic companies to upgrade to meet the diverse needs of the people, according to the executive meeting.

People will benefit from the removal of tariffs.

China will vigorously develop new service trade and promote the import of productive services such as R&D design, logistics, consulting services, and energy conservation and environmental protection. The country will also increase imports of technical equipment that facilitates transformation and development.

Take consumer good, for instance, China’s imports account for about 15 percent of total imports and exports of goods, while in developed countries such as the United Kingdom, France, the United States, and Germany the amount accounts for 30 - 40 percent. Such a significant gap explains white space in China's consumer goods.  As a result, consumer goods cannot fully meet people’s demand, Zhao added. 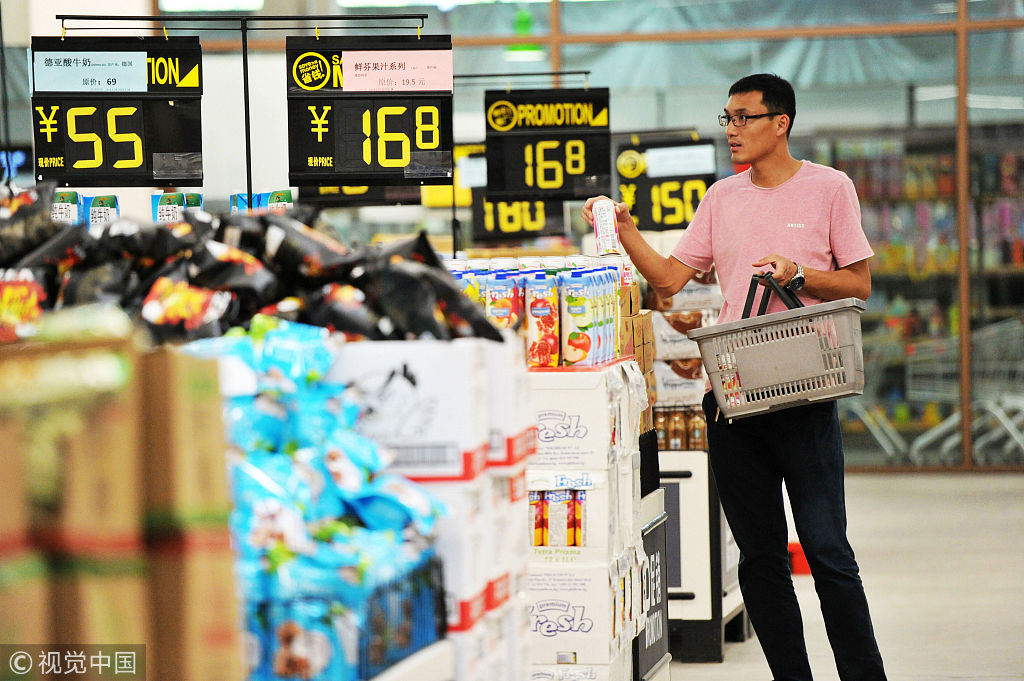 In recent months, China has successively introduced a number of measures to expand imports, including cutting tariffs on automobiles and drugs, especially for anti-cancer drugs.

A series of measures have also narrowed China’s trade surplus by more than 30 percent in May.

"China's trade surplus has narrowed mainly because the import growth rate is significantly higher than exports. This shows the continuous expansion of China's market demand and the rapid increase in the level of consumption,” Zhang Jianping, a research fellow at a center under the Ministry of Commerce, told the Beijing Business Today on Wednesday.

Zhang believes that the gradual expansion of imports will temporarily put pressure on some domestic companies, forcing them to innovate and develop, so that the overall competitiveness of Chinese enterprises will be improved and fill the existing gaps in the market.

Zhao also predicts that China will expand imports of high technology, education, logistics and other areas.