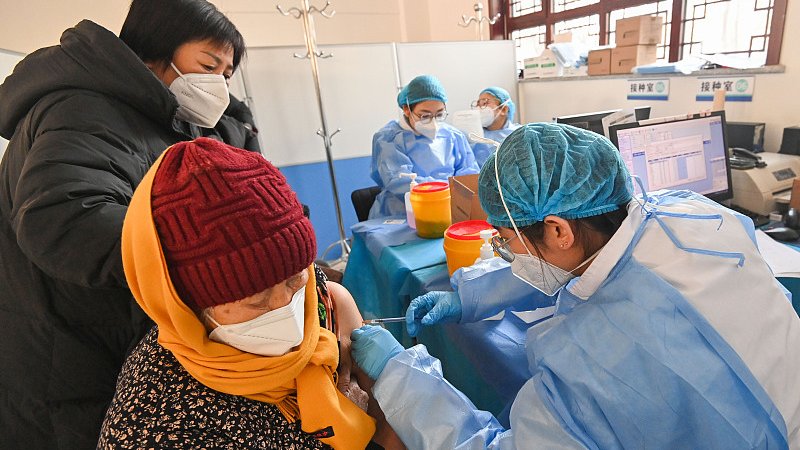 China is forecast to face three waves of COVID-19 spread this winter as 10-30 percent of the population may be infected, an expert said on Saturday.

Infections spreading in the cities are the first wave, which started in mid-December and will last to mid-January next year, according to Wu Zunyou, chief epidemiologist at the Chinese Center for Disease Control and Prevention, when speaking at CAIJING Annual Conference 2023.

"The second wave is around late January to mid-February when trips surge during the Spring Festival holidays, and the third wave will begin in late February until mid-March when people return to work from their holidays," Wu said.

He forecast the COVID-19 infection rate could hit 10-30 percent this winter.

At the conference, he also explained why China rolled out its optimized measures against COVID-19, three years since the outbreak.

Wu said the measures were introduced when the global number of COVID-19 weekly deaths hit the lowest point in the past three years.

"If China had rolled out its optimized measures in the beginning of this year, about 866,000 to 1.04 million Chinese could've died of COVID-19," Wu said, who also referenced the COVID-19 death rate worldwide as well as in the U.S. and China's Taiwan region and Hong Kong Special Administrative Region.

He said China has boosted vaccination and dodged the wide spread of the more deadly virus variants in its three-year effort against COVID-19. Over 90 percent of people in China are fully vaccinated.