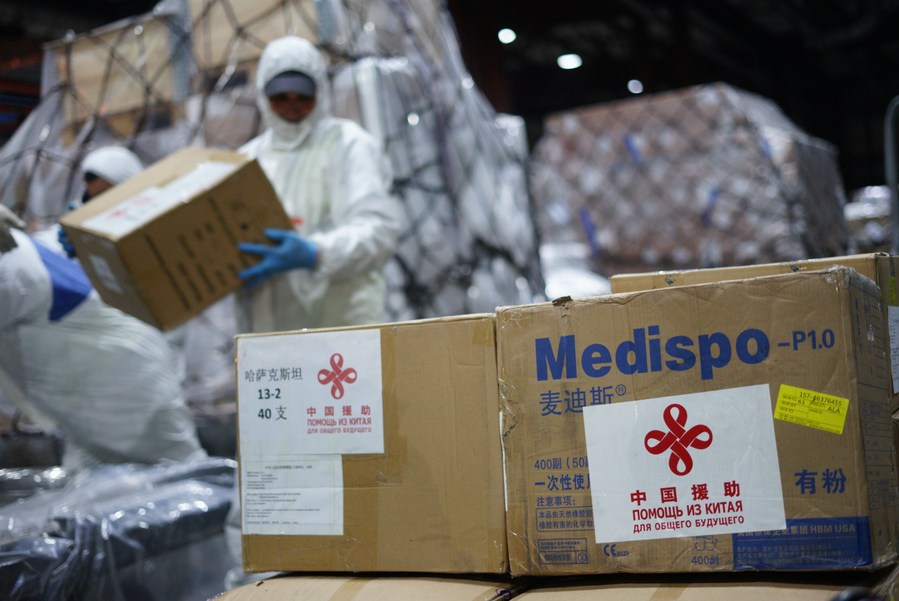 TASHKENT, July 29 (Xinhua) -- Chinese State Councilor and Foreign Minister Wang Yi said on Thursday that China is willing to further enhance and strengthen the China-Kazakhstan cooperation with the high-quality construction of the Belt and Road as the main task.

Wang made the remarks when he met with Kazakh Deputy Prime Minister and Foreign Minister Mukhtar Tleuberdi on the sidelines of the meeting of the Council of Foreign Ministers of Shanghai Cooperation Organization (SCO).

Wang said that in February this year, Chinese President Xi Jinping and Kazakh President Kassym-Jomart Tokayev held a fruitful meeting, and agreed to work together to create another 30 years of golden period of China-Kazakhstan relations, which has charted the course for the long-term development of bilateral ties.

Tleuberdi spoke highly of the development of the permanent comprehensive strategic partnership between Kazakhstan and China, saying that the important meeting between the two heads of state in February this year was positive, practical and fruitful.

Kazakhstan stands ready to work with China to faithfully implement the important consensus reached by the two heads of state and usher in a new golden 30 years of bilateral relations, Tleuberdi said, adding that Kazakhstan has introduced a 14-day visa-free regime for Chinese citizens and looks forward to further facilitating people-to-people exchanges and deepening sub-national exchanges and cooperation.

Tleuberdi thanked China for its support to Kazakhstan in hosting the Conference on Interaction and Confidence Building Measures in Asia (CICA).

The two sides agreed to strengthen coordination within the framework of the SCO, support Uzbekistan in fulfilling its SCO chairmanship and hosting the SCO Samarkand Summit.

The two sides called for joint efforts to maintain the stability of the Eurasian production and supply chain and the smooth operation of China-Europe freight trains, and play a constructive role in effectively addressing global food and energy security challenges.

The two sides spoke highly of the role and prospects of the meeting mechanism between China and five Central Asian countries, and will implement the consensus reached by the heads of state at the virtual summit of China + Central Asia, focusing on such priority areas as transportation, economy and trade, investment and industrial agriculture, energy, customs, and people-to-people exchanges, so as to promote mutually beneficial cooperation to a new level.