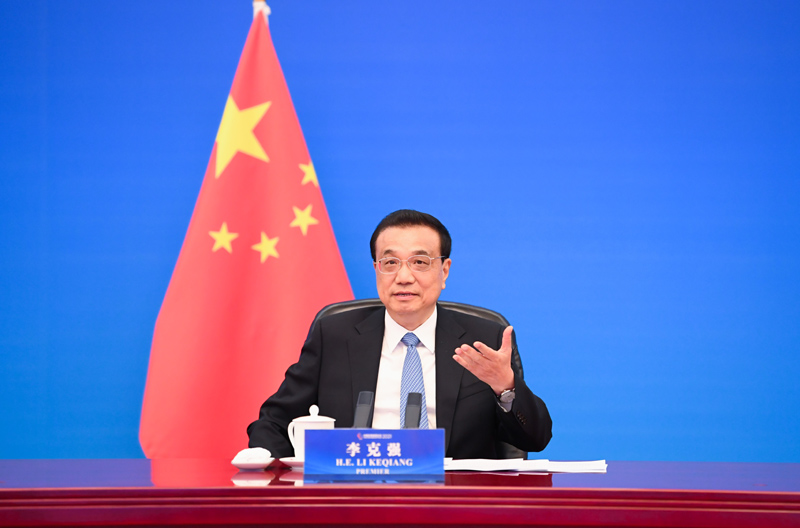 Answering a question about China's rate and quality of growth, Li said that, in the face of the impact of the COVID-19 pandemic, China achieved positive economic growth last year under the strong leadership of the Communist Party of China (CPC) Central Committee with Comrade Xi Jinping at the core.

The country has set the 2021 growth target at over 6 percent to consolidate the foundation for economic recovery and growth. It also aligns with what the country can accomplish next year and the year after, Li said.

The growth target is not low, and China may even achieve a faster growth rate in practice, he said.

He said that China still faces mounting pressures in boosting employment this year, as about 14 million urban people will enter the labor market, while the country is aiming to create no less than 11 million new urban jobs.

It needs to seek a balance between growth, employment, income and prices, and cannot pursue economic growth based on high energy consumption and heavy pollution, Li said.

He added that efforts should be made to increase the vitality and profits of market players, continue to promote urbanization, unleash the huge potential of domestic demand, and enhance the role of consumption in stimulating the economy.

Li pointed out that opening-up is the only path for China's development, and over the past 40 years, the Chinese economy has been deeply integrated into the world economy. China will further expand its opening-up, and hopes to achieve win-win results through two-way and multi-directional opening-up with other countries.

The premier also answered questions from the delegates on coping with population aging, poverty reduction and education, financial opening-up and green development.

Noting that they are confident with China's future development prospects, they expressed their willingness to use China's promotion of high-quality development as an opportunity to better achieve mutual benefits and win-win cooperation.