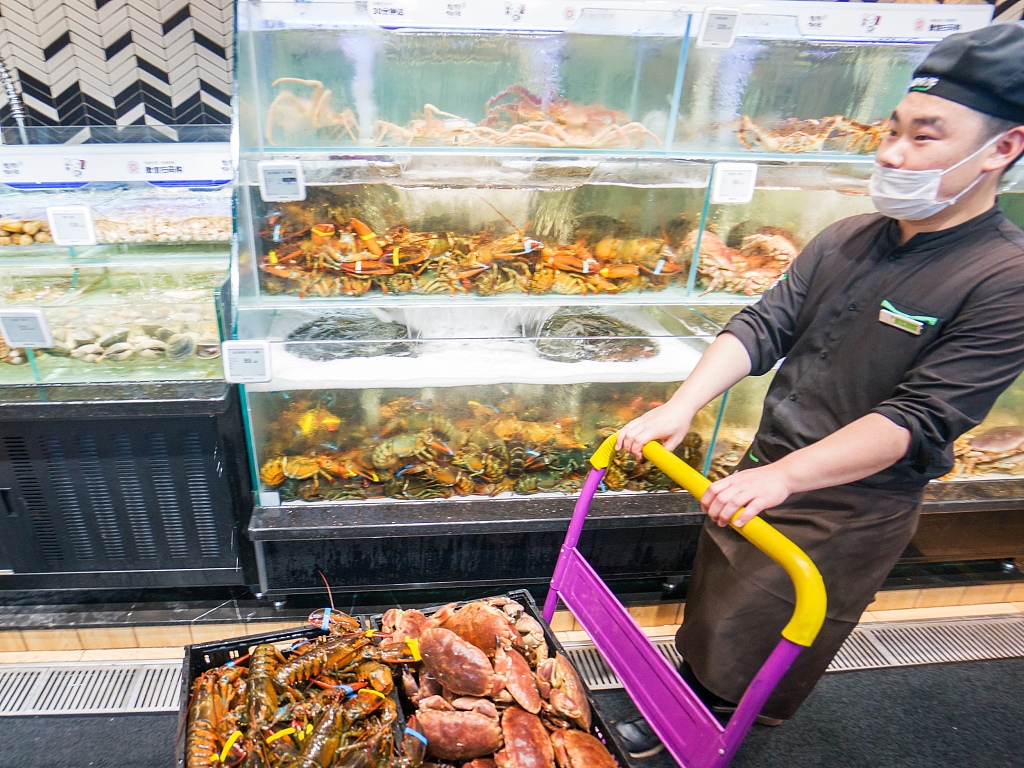 QINGDAO, Oct. 30 (Xinhua) -- China will continue to open its fast-growing seafood sector to the world and support free trade in the industry, an official said Wednesday.

"China firmly upholds opening-up and will create opportunities for win-win cooperation in seafood trade for all countries," said Vice Minister of Agriculture and Rural Affairs Yu Kangzhen on the sidelines of the China Fisheries and Seafood Expo (CFSE), which opened Wednesday in the eastern coastal city of Qingdao, Shandong Province.

The country will continue to expand cooperation in fishery and seafood sectors with other countries, sharing its strength in technology, talents and capital, Yu said.

China has been increasing seafood imports as consumer demand grows. In 2018, the country imported about 5.2 million tonnes of seafood, rising nearly 7 percent year on year.

In the first eight months of this year, the country's seafood imports surged more than 24 percent year on year in terms of value, Yu noted.

"The increase indicated rapid growth in demand for high-quality seafood," Yu said. "On the other hand, it shows China's commitment to the multilateral trade system and firm stance toward free trade."

Founded in 1996, the CFSE is held annually and is one of the world's largest fishery expos. The expo this year attracted about 1,600 exhibiting enterprises from 53 countries and regions around the world.