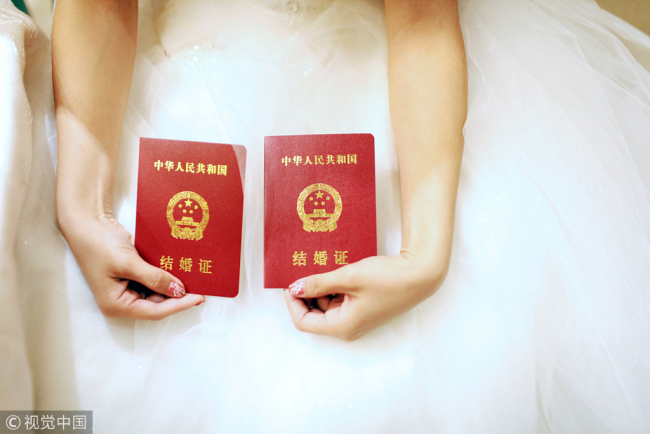 BEIJING, Feb. 10 (Xinhua) -- China will gradually restart marriage registration in areas where it was suspended due to the fight against the novel coronavirus, when the local epidemic situation gets better, the Ministry of Civil Affairs (MCA) said Monday.

Marriage registration services had been called off in Hubei Province, the epicenter of the coronavirus outbreak, as well as in eastern China's hard-hit provinces of Zhejiang and Anhui, Yang Zongtao, an official with the MCA, said at a press conference in Beijing.

Northeast China's Liaoning Province and Jilin Province, as well as southwest China's Chongqing Municipality and Guizhou Province, had also stopped marriage registration service in some areas due to the epidemic situation, Yang added.

Yang said marriage registration offices are often filled with many people, which causes an increased risk of cross-infection.

As Sunday, Feb. 2, 2020 is considered a unique date, marriage registration offices had made arrangements for big crowds on that day. They were forced to cancel services due to the outbreak.

By the end of Sunday, China had reported 40171 confirmed cases of novel coronavirus pneumonia, with 908 deaths and 3,281 patients discharged after treatment.