A research report by a Chinese Academy of Social Sciences institute said China, the world’s most populous country, is on the verge of entering an era of negative population growth. 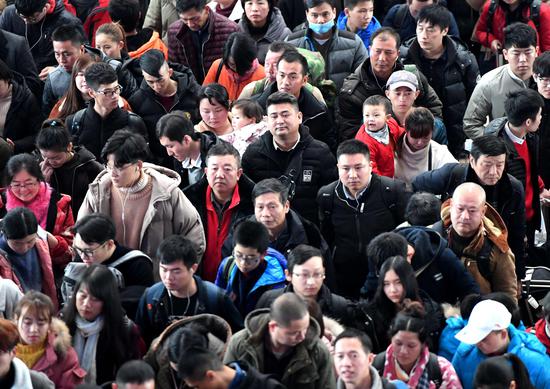 If the fertility rate, births per woman, remains at 1.6, negative population growth will start as early as 2027, with the population dropping to 1.172 billion in 2065, its scale in 1990, according to the report.

The overall trend in population decline is "inevitable," and it's urgent to conduct research and prepare policies, it was stated.

The report also said China’s relaxation of population policies in 2013 and 2015 has shown some positive influences although the increase in fertility rates has “not been satisfactory.” Among newborn babies in 2017, the proportion of second children accounted for 51.2 percent, 11 percentage points higher than in 2016.

According to World Bank estimates, China's total fertility rate had been below 1.6 since 1996, then reached to 1.6 in 2013 and 1.62 in 2016. The report said if the growth trend can be maintained, China’s fertility rate can return to what it calls a relatively safe level.