In Shanghai, preparations for the third China International Import Expo (CIIE) are in full swing, as the world's first import-themed national-level expo is only one month away. 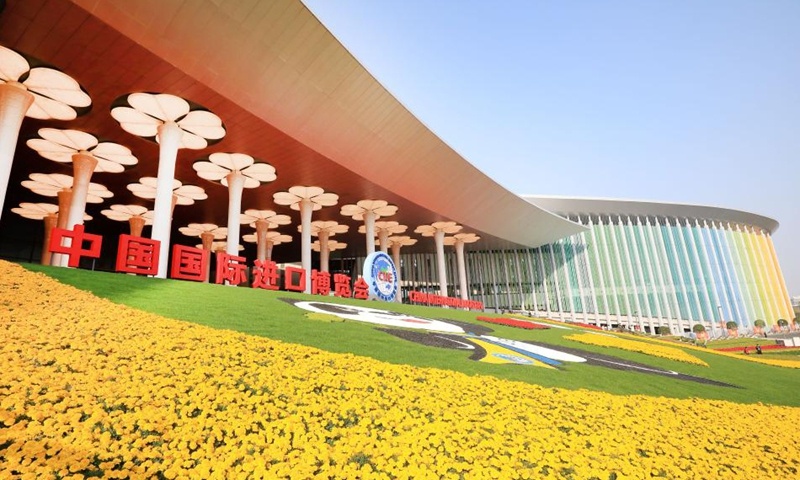 It has been a bumpy year for many global companies as the COVID-19 pandemic hit the world economy. Yet, foreign firms' passion for the upcoming CIIE was not hindered by the pandemic, and the event's business exhibition area will expand to 360,000 square meters from last year's 300,000 square meters to cope with foreign exhibitors' demand, according to Sun Chenghai, vice director of the CIIE Bureau.

"The enlarged exhibition demand shows foreign exhibitors' recognition of the strong attraction of the CIIE and the Chinese market," Sun said.

As the organizer plans to host the expo on Nov. 5 as scheduled despite the COVID-19 pandemic, a batch of Estee Lauder products from the United States completed customs clearance in Shanghai on Sept. 28, becoming the first exhibits of the import expo to pass through customs.

On the same day, a comprehensive drill took place at the National Exhibition and Convention Center (Shanghai), the venue of the expo. 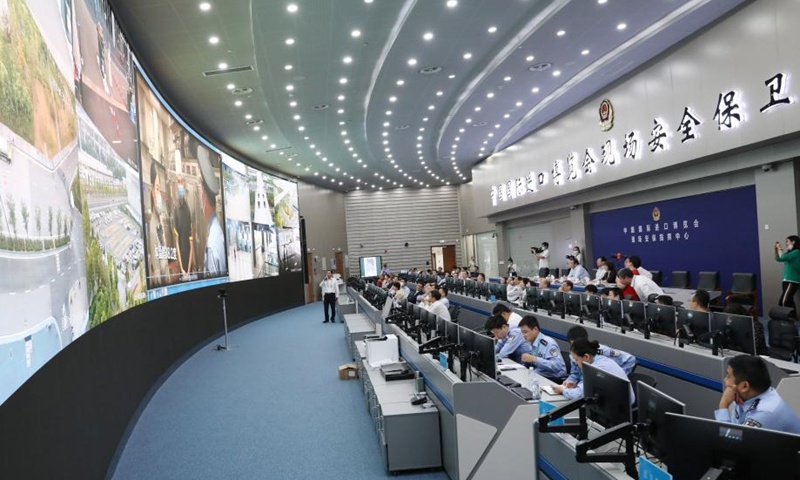 A comprehensive drill is held in preparation for the third CIIE at the National Exhibition and Convention Center (Shanghai) in Shanghai, east China, Sept. 28, 2020.

Shang Yuying, deputy secretary-general of the Shanghai municipal government, said measures used in the last two editions as well as COVID-19 epidemic prevention and control measures will be combined to better the experience of exhibitors and visitors at the third CIIE.

"I think that the CIIE will be one of the very few, if not the only exhibition in the world not canceled, and that will take place offline, and I think it sends many very strong signals," L'Oreal CEO Jean-Paul Agon said, adding that it shows the COVID-19 epidemic is under control and things are going back to normal in China, which is crucial because other countries continue struggling with their domestic epidemic.

It also shows China is reaffirming its opening-up policy, which is especially important nowadays, Agon added.

"I'm sure the management of the CIIE will be done with the utmost care. That's important not only for China, but for the rest of the world, that the pandemic can be managed effectively," said Allan Gabor, president of Merck China.

The CIIE Bureau has opened the registration for exhibitors seeking to participate in the fourth CIIE in 2021. Dozens of foreign companies including Hyundai Motor Group, Shiseido, Theland and Michelin have signed with the CIIE Bureau to attend the expo in the next three years.

Benefitting from the Shanghai customs' improved clearance service, the New Zealand dairy company can now have its fresh milk with a shelf life of only 15 days land in Shanghai supermarkets in roughly three days, instead of around seven days, after production and bottling in New Zealand.

"Our milk has been made available in remote Chinese small cities like Mohe, a border city in northeast Heilongjiang Province, some 3,000 km away from Shanghai, just a few months after the second CIIE was held last year," said Sheng.

The dairy company lost over 80 million yuan (about 11.8 million U.S. dollars) due to the outbreak of the COVID-19 pandemic in the first quarter. With the recovery of the Chinese consumer market and the introduction of government policies to promote consumption including participating in a night fair designed to promote CIIE star exhibits in June, Theland's China sales went up by 55 percent year on year in the second quarter.

As China steps up the promotion of the fruitful outcomes of the first two CIIEs, global enterprises are looking forward to new opportunities brought by the dynamic of "dual circulation," a new economic development pattern floated by the country's top leadership in May encouraging domestic and overseas markets to reinforce each other while taking the domestic market as the mainstay. 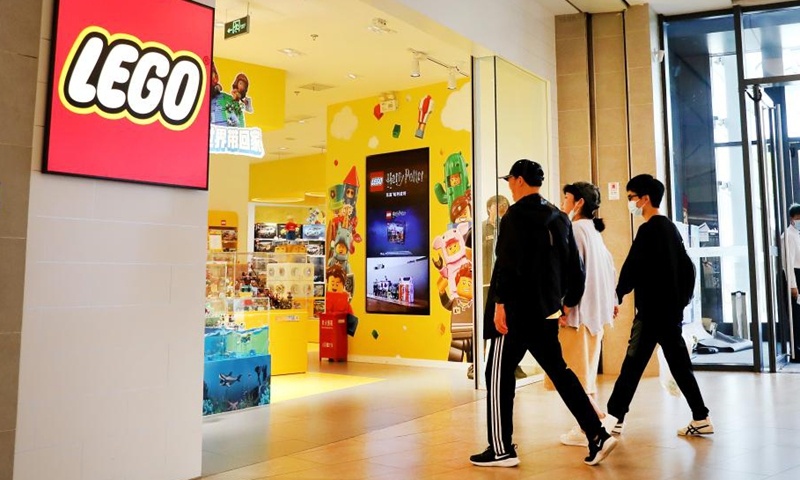 The store debuted last Thursday was the first LEGO Certified Store in the province as the company further taps into China's lower-tier cities.

Paul Huang, senior vice president of LEGO Group and general manager of LEGO China, said while the COVID-19 pandemic dampened the customer flow into LEGO stores in the short term, the company was able to expand thanks to China's pandemic control measures.

LEGO Group's financial report as of June 30 this year shows that its China sales achieved double-digit growth in the first half of 2020 despite COVID-19.

"Our plan to open 80 new stores on the Chinese mainland in 2020 remains unchanged, and we'll cover 60 Chinese cities by the end of the year," said Huang.

"The fact that the third CIIE will be held offline on schedule has given us more confidence in the Chinese market," he said, adding that the company will use the event as a platform to debut new products, showcase new technologies and share new experiences.

As an "old friend" of the CIIE, Metro will participate in the expo for the third consecutive year as an exhibitor, a purchaser and a food supplier.

Claude Sarrailh, CEO of Metro China, said as a "star exhibit" at the last two expos, French Charolais beef has not only become a "hot item" in Metro supermarkets, but also driven the overall sales of Metro's imported beef to an increase of 128 percent in the first half of this year.

"In order to better adapt to the habits of Chinese consumers, we have also introduced French beef slices that can be used in hotpot and beef cubes suitable for Chinese-style cooking," Sarrailh said.

He said Metro will bring exhibits including Spanish ham, French sausages and plant-based meat from over 20 countries and regions to "test the waters" of the Chinese market at the third CIIE.

"The recovering speed of Chinese society and economy shows strong resilience and dynamism. Coming through this special year, we are even more confident in the Chinese market," said Sarrailh.

He said China's strategy of "dual circulation" is a far-sighted and pragmatic tactic. The company plans to open 35 new concept stores to better meet the needs of Chinese consumers by 2023.

Liu Min, deputy director of the Shanghai Municipal Commission of Commerce, said from Oct. 8 to Nov. 11, Shanghai will introduce a series of consumption promotion events and create more opportunities for CIIE exhibits.

Foreign direct investment (FDI) into the Chinese mainland, in actual use, grew 18.7 percent year on year to 84.13 billion yuan in August, according to China's Ministry of Commerce (MOC). This marked the fifth consecutive month for the country to witness positive growth in FDI.

Building on its effective containment of the COVID-19 epidemic, China has rigorously rolled out a string of measures to stabilize foreign trade and investment.