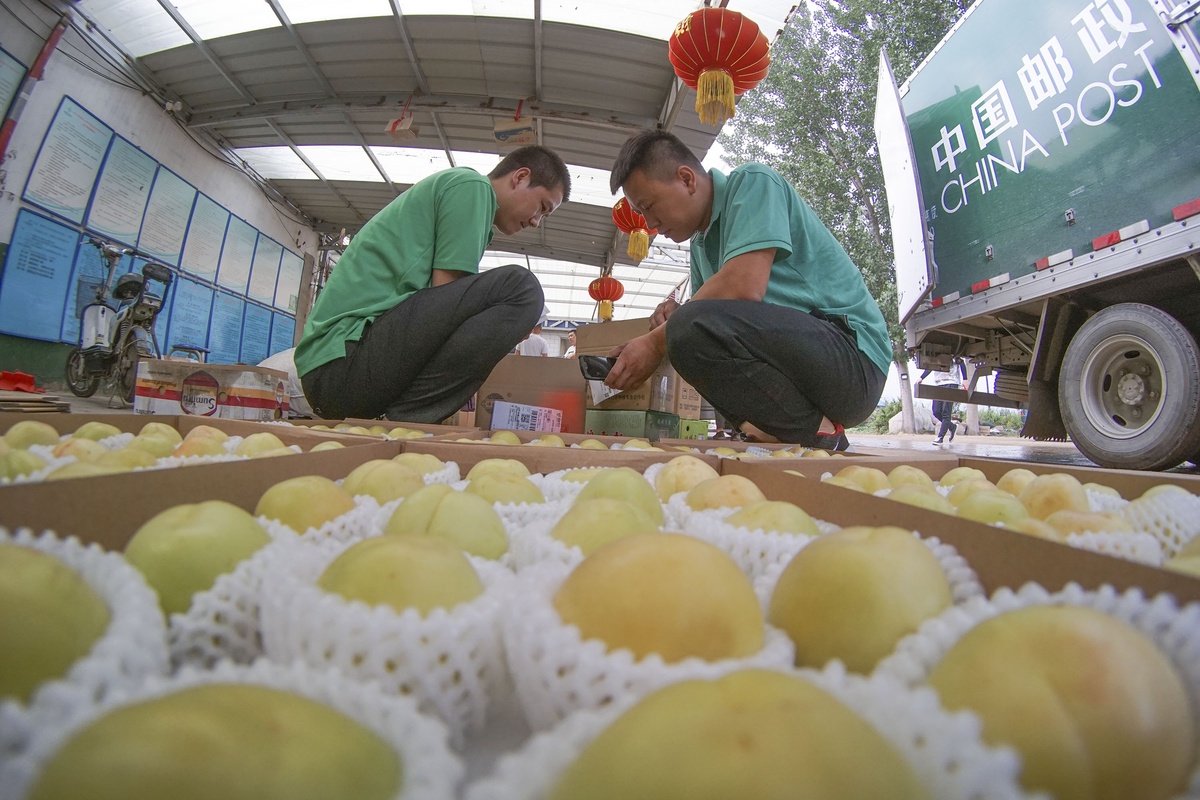 Deliverymen prepare packaging and waybills for local apricots to be mailed in a township in Tangshan, Hebei province, in June. (Photo: Xinhua)

Rural residents will have better access to online shopping once all of China's villages have convenient connections to delivery services, according to the country's transportation regulator.

The Ministry of Transport and State Post Bureau, together with 16 other departments, released a guideline on Thursday to ensure the high-quality development of delivery services and build an advanced and efficient courier system by 2022.

There will also be delivery outlets in every township across the country as part of efforts to leverage postal services to vitalize rural areas, said ministry spokesman Sun Wenjian.

With rural areas becoming the main driving force of the country's e-commerce growth, further progress in rural e-commerce was hindered by the lack of infrastructure.

According to the bureau, rural online retail sales reached 777 billion yuan ($108 billion) in the first half of the year, up 21 percent year-on-year. However, about 74.9 percent of villages in the country still don't have rural e-commerce delivery stations.

"The incomes of rural residents have seen a giant leap in the past several decades, and growth in online retail purchases by rural shoppers has outpaced their urban counterparts," said Liu Jiang, a researcher with the Development and Research Center of the State Post Bureau.

The infrastructure investment from the central government, as well as local funds for rural vitalization, should show stronger support for rural delivery infrastructure, he said.

The guideline also noted the country will have more than 20 technology research and development centers in the courier industry, and over 90 percent of the packages will be handled by automatic sorting equipment in the next three years.

In order to make logistics services more environmentally friendly, it also required that all courier deliveries should adopt digital waybills by 2022, and 85 percent of products sold on e-commerce platforms should give up secondary packaging.

The country handled 50.7 billion parcels in 2018 and remained the largest express delivery market worldwide for five straight years, accounting for more than half the global market, according to the bureau.

Delivery services are an extremely important part of Chinese life, since one in five people in China use such services every day, Liu said.