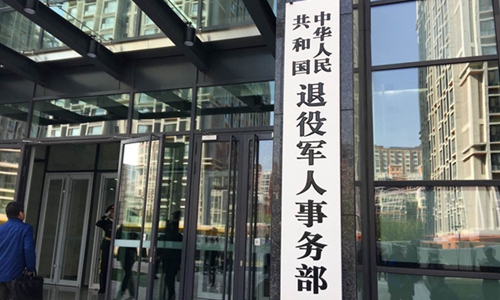 Ministry of Veterans Affairs of the People's Republic of China. (Photo: Xinhua)

The Central Military Commission has issued an official document calling for greater efforts to ensure that China's military retirees are well taken of.

Titled "Guideline on Strengthening Work on Military Retirees at the New Era," the directive stresses advancing theoretical and political buildup and putting in place a locality-based service and support system featuring holistic management of resources and high efficiency for retirees.

The guideline calls for improving the quality of service and support for military retirees, exploring new service and support models, create a sound living environment for the elderly and ensuring retirees' access to quality healthcare and catering services as well as convenient transportation means.