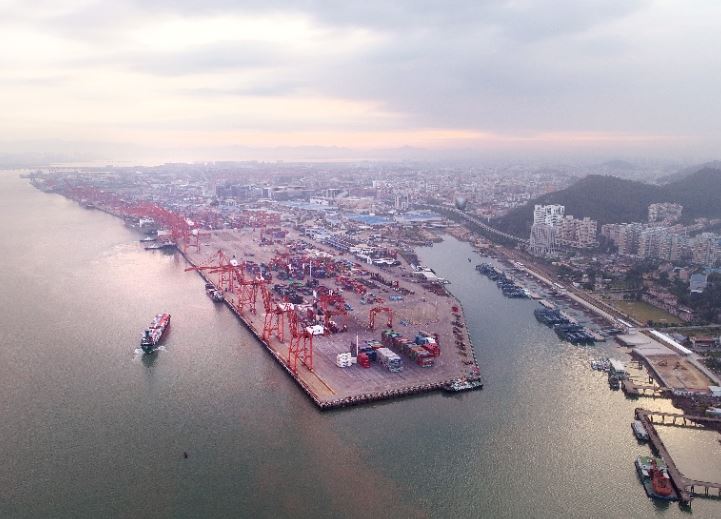 "These pilot free trade zones have accumulated much good experience in the past six years since their launch. In particular, they have set an example in deepening the reform of government functions and expanding opening up," Li said. "There must be a stronger unity of purpose, supported by intensified efforts in this respect."

At the Wednesday meeting, attendees called for speedy launch of new measures to support the pilot zones in achieving wider opening up and innovation-driven development in line with high-standard international economic and trade rules.

Relevant provincial and municipal governments will be urged to delegate more provincial administrative authority to the pilot free trade zones, especially in investment approval and market access. The reform of decoupling business licenses and operation permits will be fully implemented in all pilot zones.

The meeting called for efforts to support local governments and competent departments in proposing deeper reforms under their portfolio of responsibilities, trying the reforms out in the pilot zones, and working to see that all reforms and innovations be part of a systematic whole.

The 2019 edition of negative list for foreign investment applicable to the pilot free trade zones must be fully implemented, and related laws and regulations should be speedily adjusted accordingly.

Concrete measures were proposed at the meeting for innovation in trade facilitation. Pilot programs in competition policy will be launched in the zones as part of efforts to level the playing field. The government will step up exploration of measures in widening market access, especially in opening the services sector, in the zones, with a view to gaining experience for businesses to participate in-depth in global competition and for realizing opening up at a higher level.

At the same time, reform and innovation in pilot zones will be better leveraged to facilitate the development of their host cities and the surrounding regions.

"Nowadays, globalization, free trade and multilateralism have experienced some disruptions. Yet China's commitment to opening up as the general direction remains unchanged, and steps for wider opening will be better delivered," Li said. "We have made arduous efforts to this end in the past 40 years, and going forward, we will be as steadfast in pursuing opening up. What has happened shows that China's opening up has benefited the world, and boosted its own development."

The past few years have seen robust growth of cross-border e-commerce, which has become a prominent highlight in foreign trade.

"Cross-border e-commerce is an innovation responding to the new industrial revolution. As our economy transforms and upgrades, innovations in business model become an imperative. Cross-border e-commerce may take up a very small share in our overall foreign trade now, yet with its fast growth, it has catalyzed domestic industrial upgrading, spurred consumer spending, boosted domestic logistics such as express delivery, encouraged innovation and business start-ups, and created massive jobs."

It was decided Wednesday that on top of the 35 existing zones, such zones will be launched in more cities in light of local needs. Retail goods that exported from these pilot zones will see their value-added tax exempted in the absence of a valid purchase certificate. Simpler methods for verifying and collecting corporate income tax will be introduced.

The meeting urged on building more service platforms for developing cross-border e-commerce. The development of overseas warehouses in more places will be encouraged. Relevant e-commerce platforms will be guided in stepping up services for intellectual property protection.

The meeting also urged efforts to improve the prudent yet accommodative regulatory approach and boost international cooperation, including active participation in the making of international rules on cross-border e-commerce.