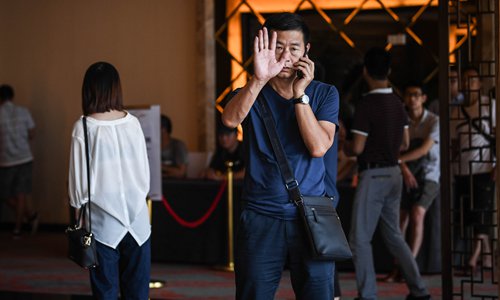 China's central bank is scheduled to launch a nationwide probe into domestic households' debt levels from October, in a bid to accurately predict the leverage ratio of domestic households and better formulate macroeconomic decisions.

Other work includes analyzing the financial assets and liabilities of Chinese households and studying their solvency, according to a post by the Tianjin Branch of the People's Bank of China on Tuesday.

The central bank's survey of household balance sheets is an exploratory survey, Liu Xuezhi, a financial market analyst at the Bank of Communications, said on Sunday.

According to a post on the government website of Changzhou, East China's Jiangsu Province, the survey will cover a range of 30 provinces, autonomous regions and municipalities, and will target urban households in administrative areas above the county level. Up to 2,100 of the 56 million residents in Jiangsu Province will participate in the survey, the post said.

The survey will be conducted at local bank branches and participants will be surveyed on their income, spending, financial assets, mortgage loans and other debt, read the post.

It has also been noted that the survey data will be directly transmitted to the household debt and liability investigation system, and will be stored in the provincial government's information center, meaning data security can be fully guaranteed.

In recent years, the debt ratio of various departments has increased and the balance sheet investigation can check the causes behind this, which will effectively prevent financial risks, said analysts.

The survey comes amid an increasing debt ratio of Chinese households over the past year. As of the end of 2017, the debt balance of China's household sector was 40.5 trillion yuan ($5.69 trillion), a year-on-year increase of 21.4 percent and 7.1 times that of 2008, according to a recent central bank report.

"After the investigation, the central bank can proceed from the reality and take some targeted measures to adjust the monetary aggregate and structure in future monetary policy," Lian added.